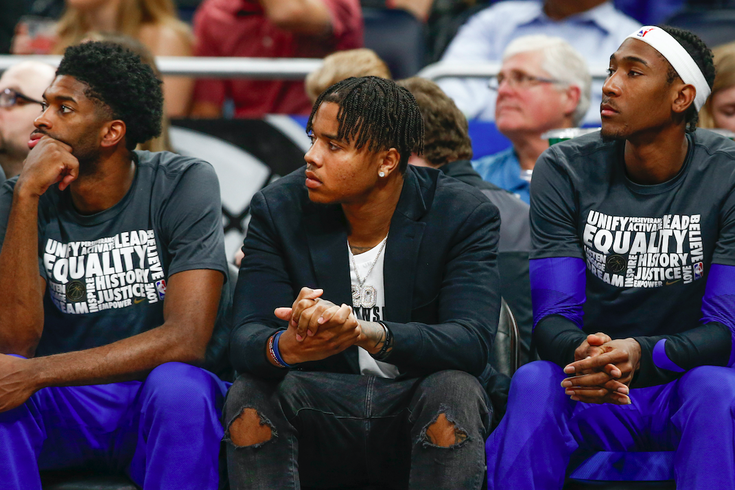 Markelle Fultz will look to revive his career with the Orlando Magic, where former guard Jameer Nelson spent the prime of his career. The Big 5 legend thinks Fultz would do best to ignore the outside noise about him.

Former St. Joe's standout and longtime Orlando Magic guard Jameer Nelson has some words of wisdom for Markelle Fultz as he tries to revive his stalled NBA career: Don't worry about anybody else.

Nelson, who grew up in Chester, Delaware County, became a legend in Philadelphia while leading St. Joe's to an Elite Eight appearance in 2003-04, only to find success much harder when he arrived in the NBA. Even at 37 years old, Nelson was on the Detroit Pistons' roster as recently as two seasons ago. He found a way to stick around much longer than most players manage.

In an interview with Josh Robbins of The Athletic, Nelson said he's gotten to know Markelle Fultz since he arrived in Orlando following a trade deadline deal with the Sixers.

Fultz's time in Philadelphia was severely hampered by his ongoing struggle with thoracic outlet syndrome, a muscle imbalance in his right shoulder that has thrown off the mechanics of his shot. The mystery surrounding his illness wore thin with Sixers fans after two lost seasons from the former first overall draft pick.

Nelson described Fultz as "a great kid" and acknowledged that once players enter the NBA, no one feels sorry for them when they don't produce. The best way for Fultz to overcome his adversity is to ignore the noise, Nelson said:

Earlier this offseason, Magic teammate Aaron Gordon described Fultz as a sleeping "monster" who will be a force to reckon with once he wakes up. There are still high expectations for a player as young as Fultz to eventually figure things out and have a solid NBA career.

The good news for Fultz is that he won't be facing quite as much pressure in Orlando as he did in Philadelphia. When he's ready to return, he'll be backing up D.J. Augustin and will have a chance to simply create a role for himself. He won't be seen as the final puzzle piece of a championship contender built through years of hard-won losing to get him there.