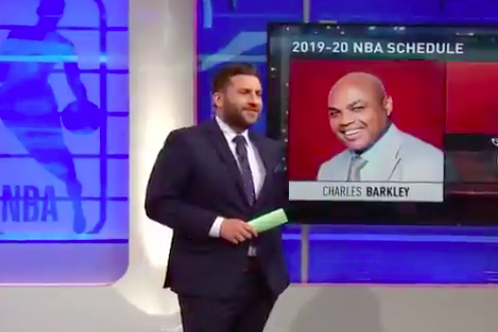 Charles Barkley predicts the Philadelphia 76ers will reach the NBA's Eastern Conference Finals and defeat the Milwaukee Bucks in 2019-2020. The 'guarantee' came after the NBA released its schedule for the upcoming season.

The NBA's 2019-2020 schedule was released on Monday and the Philadelphia 76ers figure to be in the national spotlight quite a bit, including a Christmas Day matchup with the Milwaukee Bucks.

If you ask Charles Barkely, that will be a preview of the Eastern Conference Finals — and he guarantees a Sixers victory.

Barkley joined Jared Greenberg on NBA TV on Monday to discuss early predictions for next season. The East, as far as he's concerned, is a two-team race between Philadelphia and Milwaukee.

Charles Barkley joins @JaredSGreenberg on NBA TV to talk the 2019-20 season and says that the Sixers will win the East! 👀 pic.twitter.com/MGwFrHGyni

While the Sixers lost Jimmy Butler and JJ Redick this offseason, they got a lot bigger and more athletic with the additions of Al Horford and Josh Richardson in their starting five. Elton Brand also constructed what appears to be a deeper and more dependable bench.

Barkley's words can mean only one thing: He's going to be tough on Philadelphia every time they appear on TNT and any time they flounder. Joel Embiid and Ben Simmons will likely end up bearing the brunt of that criticism, as they have in recent years.

Is Barkley going to stick to this prediction? Maybe, maybe not. It just goes to show that Sixers will be operating under the weight of high expectations come October. Let's just hope for Barkley's sake — and Philadelphia's — that his crystal ball isn't deceiving him.