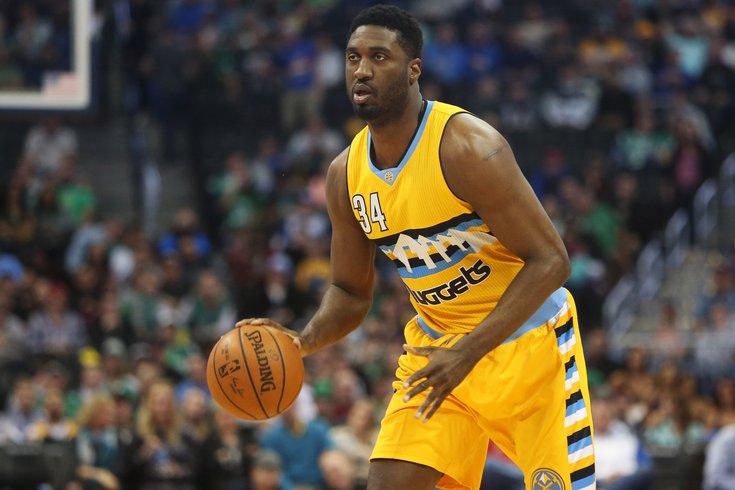 Denver Nuggets center Roy Hibbert (34) controls the ball during the second half against the Boston Celtics at Pepsi Center. The Nuggets won 119-99.

The Sixers have hired former NBA center Roy Hibbert to a role on their coaching staff, a team spokesman confirmed to PhillyVoice on Friday. Shams Charania of The Athletic was the first to report the news.

Hibbert's title with the Sixers will be as a player development associate, according to someone familiar with the hire. As you might expect, Hibbert's focus is expected to be working with the big men in Philadelphia, though the role is also generally an opportunity for Hibbert to see if coaching is a path he wants to pursue long-term.

There's not a lot of mystery about what he'll bring to the table for those of you who are familiar with Hibbert from his playing days. At his apex, he was one of the most impactful rim protectors in the league, with Hibbert's use of his length at the rim popularizing the use of the word "verticality" in NBA lexicon. In spite of an athletic profile that would eventually limit his value in the modern NBA, Hibbert was able to function as the hub of an elite defense for the Indiana Pacers.

A big man who had to earn his living based on size and smarts seems like a natural fit on any coaching staff, and on a team with so much money invested in big men, adding some big man knowledge on the bench certainly can't hurt. While some will immediately ask if there's something Hibbert can teach Joel Embiid, Hibbert's real value will be in helping to bring along young bigs like Jonah Bolden, two-way player Norvel Pelle, or even Exhibit 10 player Christ Koumadje.

All three of those guys have physical traits of some sort (either athleticism or size) that could turn them into plus defenders at the rim if their skills are honed correctly. In Bolden's case, for example, a more disciplined approach around the rim would probably keep him out of foul trouble, allowing him to stay on the floor and showcase his skills more than he's been able to so far.

While it's unlikely any of those guys will be able to make a big impact in the near future — the Sixers did just invest a ton of money in Al Horford — Hibbert's own career shows that sometimes it just takes more time and learning for big men to adjust to the speed of an NBA game. Anyone who can help turn their young, raw players into more finished products should be welcomed.

Hibbert's hire, by the way, is not attached to any corresponding moves on the staff, according to a team source, so it's purely an addition to the staff, rather than a replacement. Player development will be as important as it has ever been for the Sixers now that they are capped out for the foreseeable future, so it's hard to find fault with the team making moves to strengthen the program.