Sixers will have a new jersey patch sponsor next season, replacing StubHub

The partnership came to an end after a new deal with Ticketmaster, but the patch will be for a different brand than the ticket company 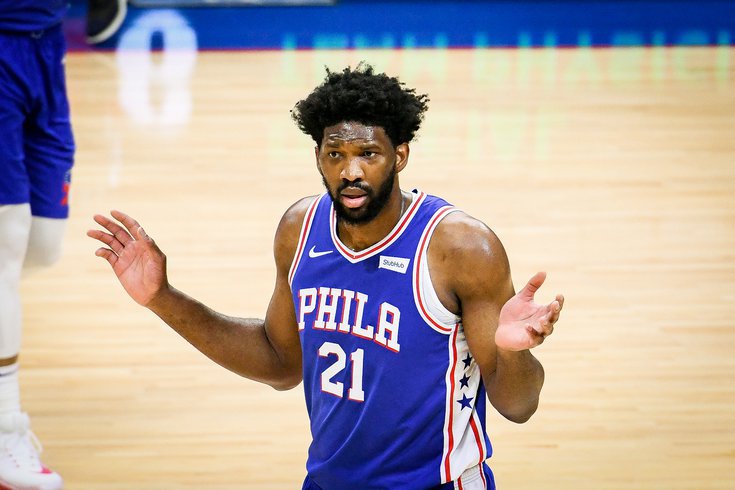 The familiar StubHub patch on Philadelphia 76ers jerseys will be replaced with a new brand for the 2021-2022 season, a team spokesperson said.

Philadelphia 76ers fans have grown accustomed to the StubHub patches affixed to the team's uniforms and on official jerseys available for purchase through the team store.

However, when the 2021-2022 season begins, a new brand will have their patches on the Sixers' uniforms.

The team announced Wednesday that their new, official ticketing partner will be Ticketmaster — but the jersey patch sponsor for next season has not yet been determined. It will not be Ticketmaster.

In 2016, the Sixers became the first major professional sports team in the United States to announce a jersey patch sponsorship. The NBA Board of Governors approved a pilot program for jersey patches to be permitted as a way to generate additional revenue.

The Sixers' new deal with Ticketmaster will bring an end to the StubHub partnership. From now on, Ticketmaster will be the team's official platform for buying, selling and transferring tickets whether directly or from other fans. Tickets will be accessible at Ticketmaster.com, Sixers.com or through the official mobile app of the 76ers.

The Ticketmaster partnership doesn't mean other secondary market sites like StubHub and SeatGeek can't be used, but the team encourages fans to use Ticketmaster for verified tickets.

A spokesperson for the Sixers said the new jersey patch partner will be announced before the start of the season.

If it's not Ticketmaster, that leaves a little bit of mystery — and while these things aren't necessarily a huge deal, they do become a prominent facet of the team's branding and something fans wear around.

The news comes as the NHL announced this week that it will introduce jersey advertisements beginning in the 2022-2023 season, in addition to the existing helmet decal advertisements.

After retaining ~$100 million in sponsorships via helmet decals last year, the NHL will rollout jersey patches for the 2022-23 season - per @Sportico.

This was only a matter of time — the average NBA team brings in about $5 million annually from their jersey sponsor.

It's really a guessing game at this point to figure out which brand the Sixers will go with moving forward. The team made Hennessy their official spirit last season, so that would be an interesting choice, to say the least.

It will be interesting to see whether a local brand emerges, although most teams have large companies that can pay a hefty sum for the exposure. Has Wawa's empire expanded enough for them to make a splash? They've got a new Eagles-themed "Swoop Shake" for a limited time, so maybe there's an outside chance.