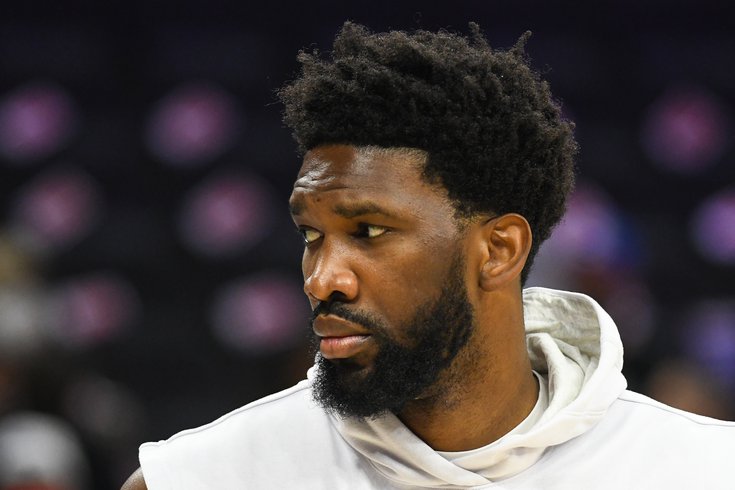 PHILADELPHIA, PA - OCTOBER 28: Joel Embiid #21 of the Philadelphia 76ers warms up before the game against the Detroit Pistons on October 28, 2021 at Wells Fargo Center in Philadelphia. (Photo by Kate Frese/PhillyVoice)

Don't look now, but we are a mere weeks away from competitive basketball returning to Philly (and the entire country, I guess) as the Sixers hold media day in Camden Monday morning.

The team will open up it's 2022-23 training camp this week, traveling to Charleston, SC to build some team chemistry (or something like that) later this week.

Did Daryl Morey get it right with his offseason moves? Will Doc Rivers be able to coach this team to postseason success? Will Joel Embiid play like an MVP yet again? What will James Harden look like?

There is no end to the intrigue and breadth of curiosity ahead of the 2022-23 season, with parity in the Eastern Conference and the Sixers expected to contend once again.

Will the players, coaches and execs say anything of note today in South Jersey? Follow along, live, right here as the Sixers kick off the new preseason – and check back all week for detailed analysis, breakdown and news from our beat writer Kyle Neubeck: