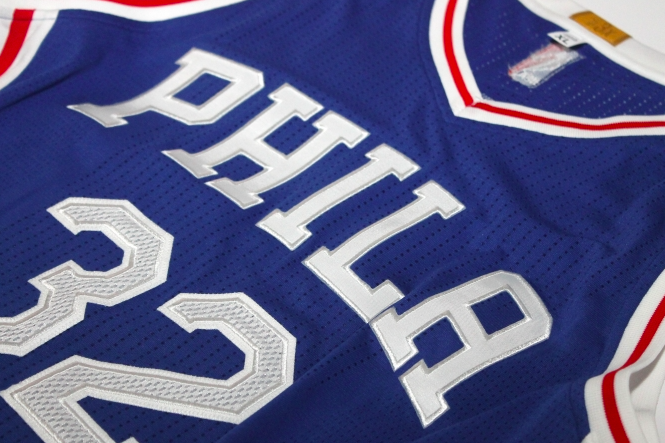 Times have not been so great for the Sixers in recent years. Even the product of their hard fought losing, high draft picks, have seemed to delay the arrival of winning basketball, whether they're used, traded or stockpiled.

Still, the team is set to welcome some fresh faces to the roster at next Thursday's NBA Draft and those new players will be wearing different threads come October. After debuting new logos in May, the Sixers officially unveiled their 2015-2016 uniforms at an event on Thursday night.

Defined by the name across our chests & the fans who have our backs. #MadeInPHILA https://t.co/uS48jCBuHJ

The jerseys hark back to the days of Wilt Chamberlain and Julius Erving, sticking with the simple all-caps "PHILA" across the chest and a stars n' stripes theme along the seams of the shorts. If you're dying for new gear, the jerseys are already available for pre-order at the Sixers Shop, although you may want to wait until after the draft before you make any decisions Sam Hinkie will make you regret.

With any luck, the team's historical look will breathe some life into a franchise better known for bringing magic to Philadelphia than the disarray we've seen of late.