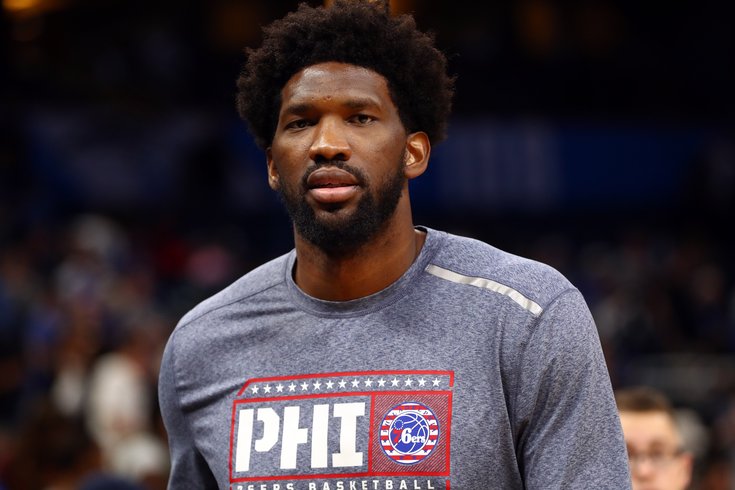 The Sixers will unveil their fifth (and final?) uniforms of the 2019-20 season, the City Edition uniforms, Tuesday night at the conclusion of the team's 76ers Crossover event.

76ers Crossover is a first-of-its-kind art exhibit collaboration between the Sixers organization, artists from the Philadelphia and around the world, and even some of the Sixers' players. On Tuesday night, they will host a VIP event to wrap up the four-day event, where they will unveil their new look.

As is the case for all 30 NBA teams since Nike took over uniform responsibilities at the beginning of the 2017-18 season, uniform unveils happen at a breakneck pace these days.

Earlier this year, during the offseason, the Sixers unveiled their Classic Edition uniforms, a fantastic spin on a little-used retro style from the early 1970s.

They then "leaked" their updated Statement Edition uniforms before the season began, and have already worn those uniforms during the 2019-20 season.

There was an iffy leak of a potential new Sixers uniform back in June, which folks at the time believed would be the team's new Statement Edition uniform, but nothing ever came of them. Is there a chance those uniforms get unveiled Tuesday night? It's theoretically possible, though they still strike me as an underwhelming option compared to the team's other styles.

The Crossover exhibit will also feature custom-designed jerseys from local artists, which is neat.

And, in the end, all of this is better than the uniforms the Dallas Mavericks just leaked. Those are bad.