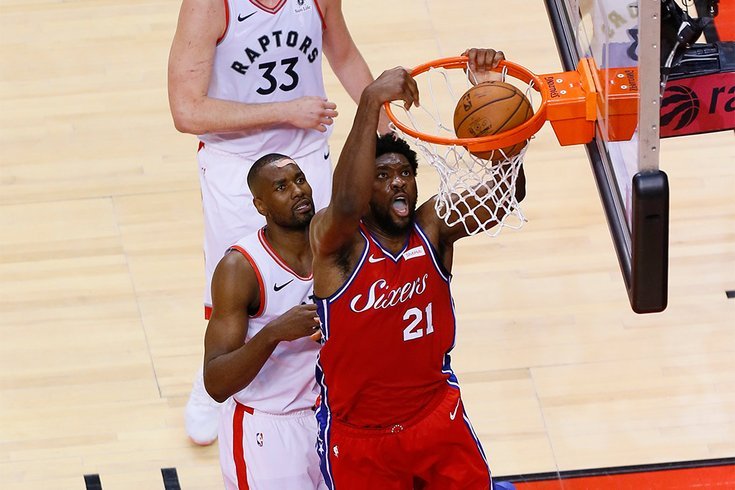 Watching two NBA teams play each other on any given night has become a bit of a guessing game at first glance in recent years. Ever since Nike took over as producer of the league's jerseys, each team can roll out up to four different looks, in many cases wildly different from their primary uniforms.

Sixers fans may have gotten their first look at the upcoming year's "Statement Edition," which is typically reserved for rivalries and other big games. Last year's version was the red jersey with the cursive "Sixers" on the front and four stars along a blue stripe on the side.

A photo that leaked this past weekend shows a mannequin wearing a never-before-seen jersey at the Sixers practice facility in Camden.

The navy blue is a new twist for the Sixers' color scheme, as is the full spelling of the city across the front. A Reddit user created a mock-up of the full uniform to put it in better context.

Just a quick mock-up based off of today's uniform leak... from r/sixers

While it's not particularly flashy, it offers a pretty classic look for the Sixers to roll out when they're playing Boston or Miami next season. There's not yet been any official confirmation that this is going to be the jersey, but it's probably a pretty safe bet.

Nike will eventually also reveal this year's fresh crop of "City Edition" jerseys, which will be hard to top for the Sixers after last year's grey and white uniforms with the circle of stars. With a very different team in town after big moves this offseason, turning the page only makes sense.