'The Sixth Sense,' one of the great Philadelphia movies, turns 20

Looking back at M. Night Shyamalan's great Philly ghost story on its anniversary 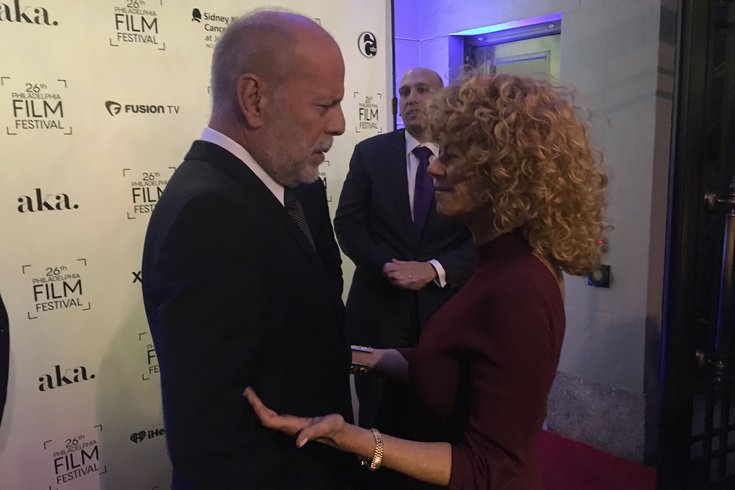 When "The Sixth Sense" arrived in theaters on August 2, 1999 - 20 years ago this week- the thriller from an obscure director was no one's idea of the most anticipated film that summer, a season that also offered the first Star Wars prequel movie and the final film from Stanley Kubrick.

But the film, upon its release, was an instant phenomenon that made big money, was nominated for Oscars, and immediately catapulted area director M. Night Shyamalan to the ranks of A-list directors. It also, in the late summer and early fall of that year, had moviegoers returning to the cinema again and again, to watch the movie with knowledge of its famous final twist.

"The Sixth Sense" was a character drama first, with added touches of suspense and horror, and sported one of the all-time greatest performances by a child actor,  by a then-11-year-old Haley Joel Osment.

The film grossed $293 million domestically, making it the #2 movie of 1999, behind only 'Star Wars: Episode I- The Phantom Menace," although history is clear on which of those two films is of greater stature. The film was also nominated for six Oscars- Best Picture, Best Director, Best Original Screenplay, Best Supporting Actor, Best Supporting Actress, and Best Editing.

"The Sixth Sense," which will have a special screening at the Philadelphia Film Center Tuesday night with the director in attendance, told the story of a troubled young boy named Cole (Osment), raised by a working class single mother (Toni Collette) in South Philly. He's helped by psychiatrist Dr. Malcolm Crowe (Bruce Willis), who appears on the outs with his wife (Olivia Williams.)

If one will forgive two-decade-old spoilers, Cole has the ability to see dead people- and Dr. Crowe himself, we discover at the end, is one such dead person. Those watching the film a second time will notice that no character other than Cole ever speaks to or acknowledges him- and there's also a continuing motif involving the color red.

"The Sixth Sense" was shot in Philadelphia in the fall of 1998, and was the second film, out of five, that Willis has made in Philadelphia. Prior to "The Sixth Sense," Shyamalan had only ever directed one film, the previous year's "Wide Awake," in which a young boy befriends a Phillies-loving nun played by Rosie O'Donnell.

The film sports several recognizable Philadelphia locations. In the first scene, Bruce Willis lists his address as the seemingly nonexistent 47 Locust Street, although the exterior for the home was shot at 20th and Delancey. Per the Movie Locations website, Cole's house is at 2302 St Alban’s Place, while the famous "car scene" was shot at 21st and Christian:

The church scene, near the beginning, was filmed at St Augustine’s Roman Catholic Church, while the famed anniversary dinner scene was filmed at the now-defunct Starr restaurant, The Striped Bass, at 1500 Walnut St., which is now Butcher and Singer.

Shyamalan and Willis were the first two winners of the Philadelphia Film Society's Lumière Award, with the director presenting the actor with the award in 2017, while the two were in town filming "Glass." During the presentation of the award, which is meant to honor “those that have demonstrated a passion for the furtherance of the art form and industry of filmmaking in Philadelphia," Shyamalan thanked Willis for treating him respectfully at the time of "The Sixth Sense," when the director wasn't nearly as well-known as his star.

M. Night Shyamalan, it's fair to say, has had a career with a lot of peaks and valleys in the last 20 years. At one point, he directed several flops in a row before making a comeback with his recent movies "The Visit," "Split," and "Glass."

But throughout it all, it's been duly noted locally, and much appreciated, that Shyamalan has not only continued to live in the area, but has made most of his movies and other projects here as well. He's a fixture at Sixers games, and appeared at a rally last year to push for an expansion of the state's film production tax credit. Even at the absolute nadir of his career, in 2013, Shyamalan appeared at the Kimmel Center for a Q&A  and was treated like a hometown hero.

"The Sixth Sense," at the 20-year mark, continues to hold up perfectly. Its story is relatively timeless, and there's nothing about it that especially dates it, aside from the knowledge that countless other films imitated it in the years afterward.

So happy birthday to "The Sixth Sense," probably the most celebrated Philadelphia movie that doesn't have the word "Rocky" in the title.

The 20th anniversary showing of The Sixth Sense will take place July 30 at 7 p.m. at the Philadelphia Film Center; tickets are available here. In addition, the film is available for streaming on Netflix.