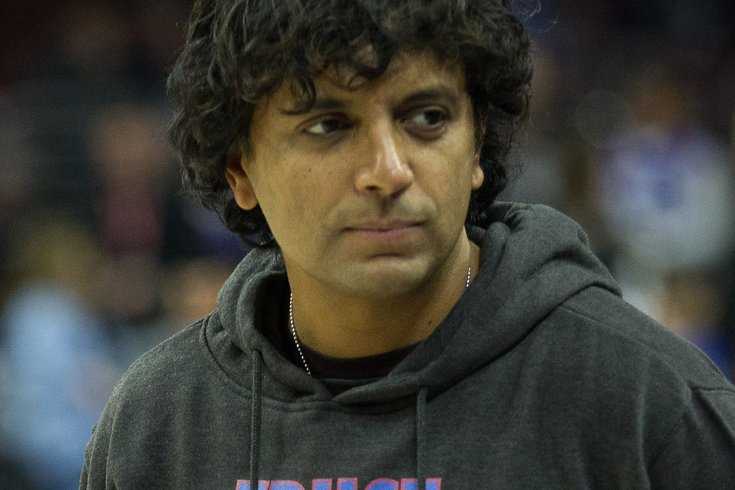 Film director M. Night Shyamalan will be in Philadelphia for the 20th anniversary screening of his hit movie "The Sixth Sense."

On Tuesday, July 30, there will be a 20th anniversary screening of M. Night Shyamalan's "The Sixth Sense" in Center City, followed by a conversation with the director and J. Andrew Greenblatt, Philadelphia Film Society executive director.

They'll discuss the film's legacy, Shyamalan's cinematic vision when he created the film and what it meant for Philadelphia, according to a press release.

"The Sixth Sense," one of the world's most famous and highest-grossing psychological thrillers of all time, will be screened in 35MM in the same venue that hosted the film's world premiere in the summer of 1999.

The theater at 1412 Chestnut St. is now called the Philadelphia Film Center.

Tickets for the special event are currently on sale. Choose between the $100 general admission ticket and the $250 VIP package.

General admission includes access to the screening and conversation with Shyamalan, as well as drinks (alcoholic and non-alcohol) and popcorn.

In addition, VIP package holders receive access to a pre-screening reception with Shyamalan at a.kitchen in Rittenhouse, reserved seating in the theater and a ticket to a trolley tour in August of the set locations from the film.

All proceeds will benefit the Philadelphia Film Society and the M. Night Shyamalan Foundation.

The screening will begin at 7 p.m. and the pre-screening reception will take place at 5:30 p.m.