André 3000 will star in Jason Segel series filming in Philly 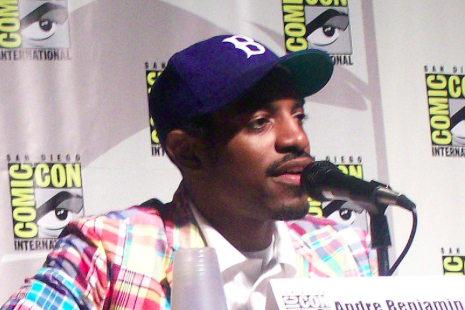 André 3000 of the famed hip-hop duo Outkast has joined the cast of 'Dispatches from Elsewhere,' the upcoming AMC anthology series directed by Jason Segel. The two have been spotted lately in Philadelphia, where the show will be filmed this summer and fall.

Jason Segel's upcoming AMC anthology series "Dispatches from Elsewhere" has had the actor in Philadelphia in recent weeks to prepare for filming this summer and fall.

The 10-episode series, described as a mystery that peals back the layers of everyday life, is slated to bring in actors including Alethea Jones, Richard Grant, Sally Field and Eve Lindley.

It will reportedly also feature an appearance from André Benjamin, aka André 3000, of the Atlanta hip hop duo Outkast.

Benjamin was recently spotted playing a flute at various locations in Philadelphia, including during Netroots Nation. He's been doing the same thing in New York City and Los Angeles, according to Consequence of Sound.

A report from the Atlanta Journal-Constitution says Benjamin will star in the series, though additional details about his role weren't immediately available. The show is expected to premiere in 2020.

Benjamin previously has had starring roles as Jimi Hendrix in the 2013 biopic "All Is By My Side," in the ABC series "American Crime," and in the Claire Denis film "High Life."

It's unknown whether the flute-playing in Philly had anything to do with his upcoming part in "Dispatches from Elsewhere," but there's a good chance we may be seeing more of André 3000 in the months ahead.