The book will feature a foreword by Martha Stewart and recipes from stars like Amy Poehler, Maya Rudolph, and Natalie Portman 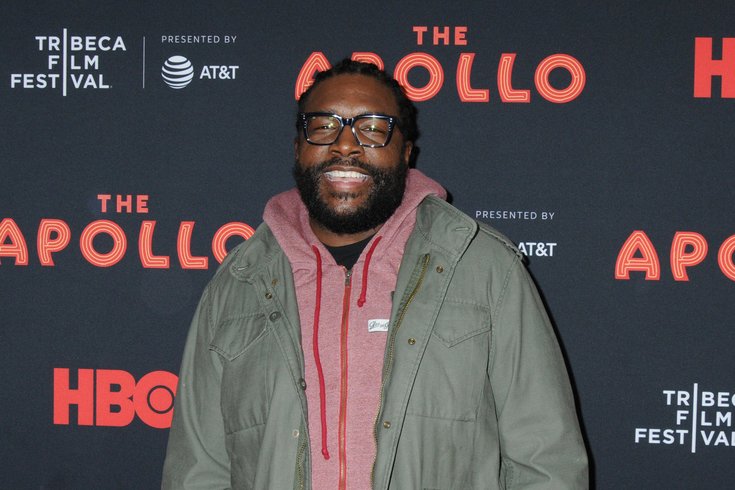 Set for release on Oct. 15, "Mixtape Potluck Cookbook: A Dinner Party for Friends, Their Recipes, and The Songs They Inspire" features a foreword from Martha Stewart and recipes from over 50 of Questlove's friends. The Philly musician is seen here at the opening night for the 2019 Tribeca Film Festival World Premiere HBO documentary film, "The Apollo."

Questlove has always been somewhat of a foodie, and now he's combining the two things he loves most — music and food — in his first-ever cookbook.

Set for release on Oct. 15, "Mixtape Potluck Cookbook: A Dinner Party for Friends, Their Recipes, and The Songs They Inspire" features a foreword by Martha Stewart and recipes from more than 50 of the Philly musician's friends.

The idea of the cookbook is to highlight the connection between music and food by pairing every recipe from Questlove's friends with a song that matches their unique energies.

The Roots drummer posted about the book to his Instagram, "I mixed together my passion for music & food by bringing together over 50 of my pals – a mix of chefs, entertainers, artists, thought leaders & musicians – for the ultimate potluck party. They brought the recipes. I brought the music by pairing each personality what I think best reflects them."

Questlove's bandmate, Tariq "Black Thought" Trotter, will have a recipe featured in the book, and according to the drummer he's quite the cook. In an interview with Forbes, Questlove claims the MC is "a better chef than he is an artist," noting he would choose Trotter's Thanksgiving dinner over any of his grandmothers' dinners.

The drummer taps Jimmy Fallon and some of late-night host's "Saturday Night Live" friends for the cookbook, as well, including Amy Poehler and Maya Rudolph. The cookbook also has recipes from Natalie Portman, Q-Tip, Gabrielle Union, James Beard Award-winning pastry chef Dominque Ansel, and many others.

This isn't the Philadelphian's first foray into publishing. Questlove published the New York Times best seller "Creative Quest" in April 2018, and the nonfiction book, "something to food about: Exploring Creativity with America's Most Innovative Chefs" in 2016. The latter was nominated for a James Beard Award for Nonfiction in 2017.

The Philly musician also partnered with Impossible Meat this year to launch a plant-based Philly cheesesteak sandwich. Starting in Philly, the vegan cheesesteak is available at Citizen's Bank Park, The Met, and BB&T Pavilion, and its availability will expand across the U.S. to 40 venues this summer in a partnership with Live Nation.