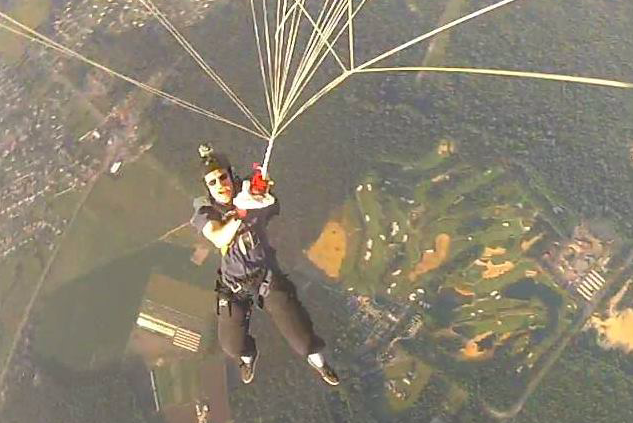 Paul Haaf Jr., 54, died in a skydiving accident in Williamstown, New Jersey on April 7, 2019. He was described as an experienced skydiver who frequented Sky Cross Keys, whose plane he had jumped from before his death.

A 54-year-old man died Sunday afternoon in a skydiving accident in Gloucester County, prompting an investigation into his death, authorities said.

Paul Haaf Jr., of Monroe Township, was found unresponsive around 5:20 p.m. when police were dispatched to the area of Brookdale and Herbert Boulevards in the towns Williamstown section.

Haaf was described as an experienced skydiver with more than 1,200 jumps. He was a regular visitor of Williamstown's Skydive Cross Keys, and had jumped from one of the company's planes at around 5:06 p.m., Sunday, officials said.

Gloucester County Medical Examiner Gerald Feigin determined that Haaf died from multiple injuries and the manner of his death was accidental.

An official with Cross Keys Skydiving said Haaf's parachute deployed after he exited the plane. Police were still looking for his main parachute, but his reserve parachute was attached to his body when they found him more than a mile from the airport.