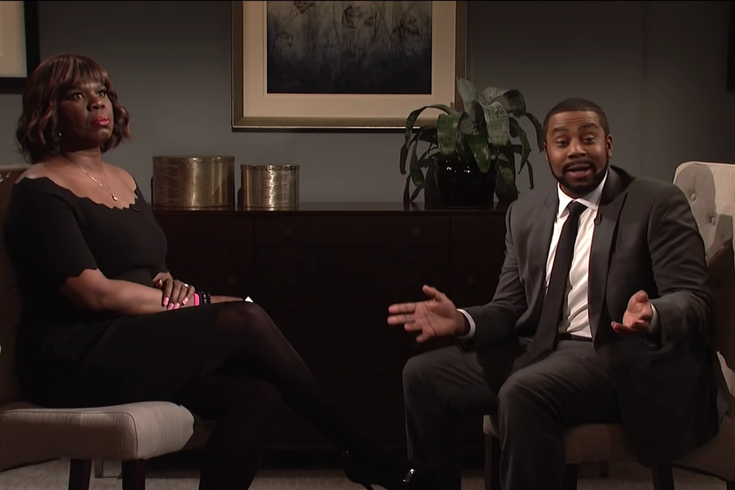 Leslie Jones (King) and Kenan Thompson (Kelly) did a seven-minute parody of the viral video, which aired last Wednesday.

During the actual interview, King was lauded for keeping her composure and poise while dealing with the musician, who at one point stood up, started screaming and cursing, and stood menacingly over the interviewer.

The cold open mostly revolved around the writers poking fun at Kelly's intelligence and slipping in a few subliminal clues from him that, despite his best efforts to say otherwise, the musician is guilty of sexually abusing and assaulting young women.

"Just tell me why all those women would say the same things about you if they weren't true," Jones said.

"You can start a rumor about any celebrity, just like that. All you gotta do is push a ;button on your phone and say
R. Kelly did this to me and then attach a video of me doing that thing and people will believe you. It's scary," Thompson said.

The interview was broken up with short musical monologues sung by Thompson in the style of Kelly's famous hip-hop opera "Trapped in the Closet."

In closing out the open, Thompson looked behind him, instead of at the camera, to scream the show's signature, "Live from New York, it's Saturday night!"