'SNL' features Gritty yet again, but this time about the Christmas tree lighting 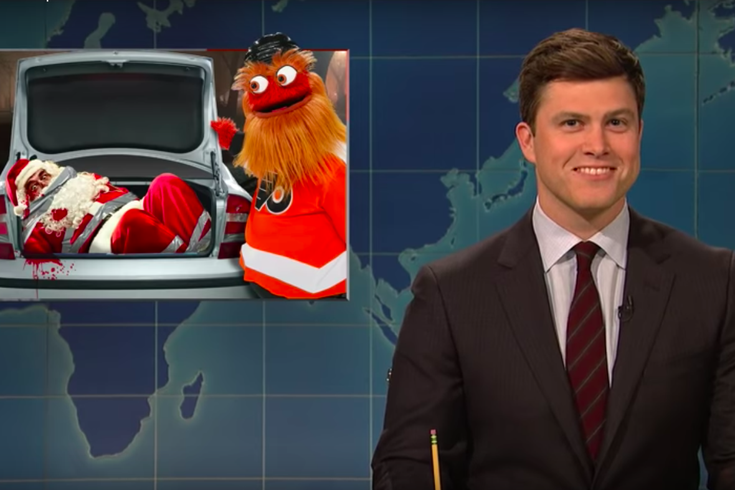 Gritty was featured yet again on the Dec. 1 episode of "Saturday Night Live."

It seems the only people more obsessed with talking about Gritty than Philadelphians are the writers for "Saturday Night Live."

The mascot has made multiple appearances on the show, and this week it took a holiday turn.

Which was true. On Nov. 29, the city held a lighting ceremony that featured a bunch of speakers and performers. But as far as mascots go, Gritty wasn't the only one present: All of the Philadelphia mascots were there, including the Phillie Phanatic, the Eagles' Swoop, and the Union's Phang.

"Gritty was a last minute replacement for Santa Clause, who was busy trying to escape from Gritty's trunk," Jost said.

Not true. But funny.