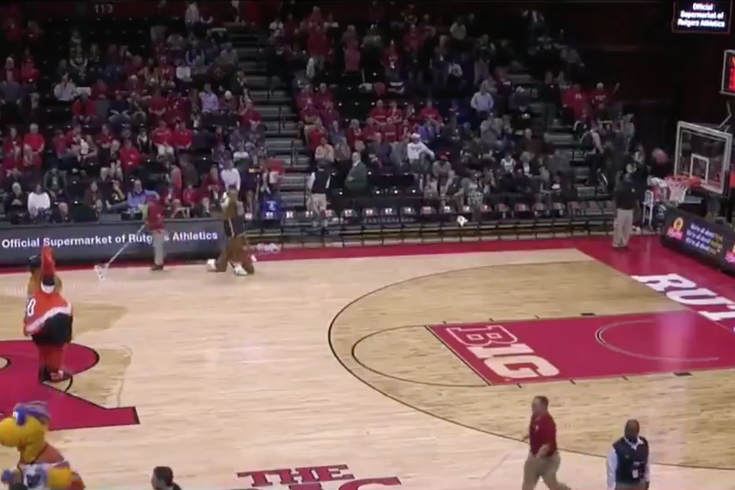 Rutgers and Michigan State played a basketball game Friday, but no one cares about that because Gritty did a thing.

Gritty drained a half-court shot during halftime, which should be surprising because that's hard to do, but Gritty has ceased to surprise me.

Gritty is the new norm.

There are perhaps two things in the entire world he could do that would surprise me: teach Markelle Fultz to shoot, and manage to fire Dave Hakstol.