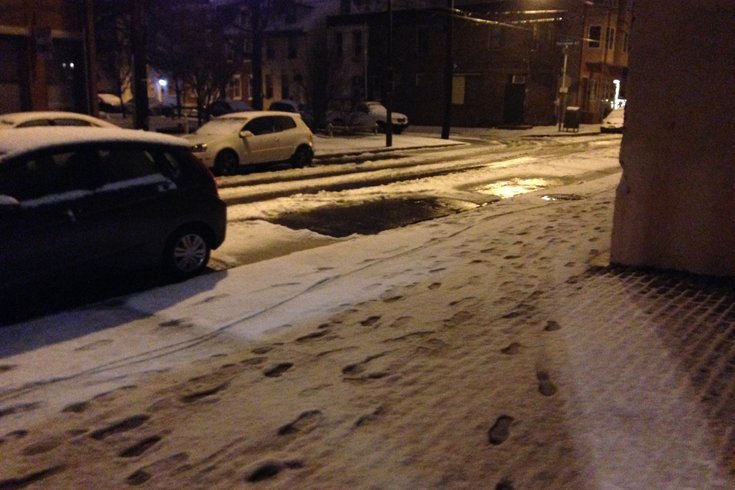 This was the view at 4th and Thompson streets after a recent snowfall in Philadelphia. The latest forecast calls for a mixture of snow and rain on Sunday.

Read More
After an overnight winter storm made its way through the Philadelphia region Friday night into early Saturday morning, extreme caution is advised as black ice may start to coat roads and driveways.

NBC 10 warns that dropping nighttime temperatures and leftover moisture will lead to patches of black ice throughout the region until around 9 a.m.

More snow will then be on the way.

While much of the day Sunday is expected to provide a break from precipitation, forecasts are calling for a west-to-east "clipper" storm that will bring more snow heading into the work week, NBC 10 reports.

While Philadelphia only experienced 1 inch of accumulation during the first storm, some areas such as Allentown and Fleetwood received as much as 6-8 inches.

The first round of snow was of the heavy and wet variety, but Sunday night's storm, expected to arrive between 8 p.m. and 11 p.m., will coat the Delaware Valley with fluffier snowfall.

6 ABC reports the snow will likely continue into Monday morning before tailing off in the afternoon, with an expected range of 1-3 inches.