Soldier from New Jersey dies in roadside bombing in Afghanistan 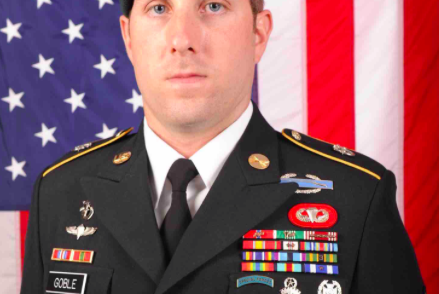 A 33-year-old American soldier and New Jersey native serving was killed in combat on Monday in Afghanistan, Pentagon officials announced.

A roadside bombing claimed the life of Sgt. 1st Class Michael J. Goble, of Washington Township, Bergen County, who had been assigned to the 1st Battalion, 7th Special Forces Group (Airborne) at Eglin Air Force Base in Florida.

Goble died in a roadside bombing while his unit was engaged in combat operations in Kunduz Province. The Taliban claimed responsibility for the attack, officials said.

A GoFundMe campaign established on behalf of Goble's family had raised more than $85,000 by Christmas afternoon.

"We lost a true American hero yesterday," the campaign said. "Anyone that crossed paths with Mike, was truly blessed."

Goble was a father to a young daughter. All proceeds from the campaign will go to Goble's partner to help her take care of the girl.

With Goble's death, 20 U.S. combat deaths have been recorded in Afghanistan this year as the 18-year conflict continues. The Taliban, which holds approximately half the country, continues to fight U.S. and Afghan forces as peace negotiations remain open.