Some advice for Bill Belichick: If you're gonna cheat, do it right 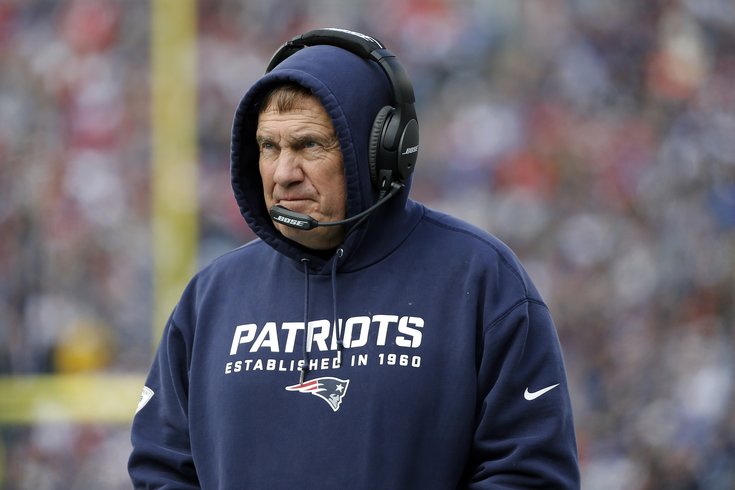 I am writing to you today to express my disappointment in the recent controversy surrounding the Patriots and to offer you some advice in the future.

For all the winning your team has done over the years, most of it credited to your out-of-the-box thinking, I hoped this would be the year your Super Bowl title came without controversy. At this point, you - and your fans - deserve that much.

It’s not really fair that the media is making such a big deal out of this. You’ve treated them so well and given reporters such open access to your players and facilities over the years, that I imagine you feel entitled to better treatment by those who cover the NFL. If this was baseball, the media would be referring to “deflate-gate” not as cheating, but rather as a savvy veteran trying to gain a competitive edge.

I am extremely disappointed. Not with what you did, but with the fact that you got caught.  You’re a professional. This is what you do for a living. I honestly expect better from you.

It’s not like you were doing the football equivalent of stealing signs. Now that would be cheating.

Who cares if you let a little air out of the ball? I mean, you have Julian Edelman and Danny Amendola as wide receivers. If anything, you were just leveling the playing field. Small guys. Small hands. It’s only fair.

That being said, I am extremely disappointed. Not with what you did, but with the fact that you got caught.

You’re a professional. This is what you do for a living. I honestly expect better from you, and I can only imagine you feel the same way.

Hearing you speak to the media this morning, you sounded forthright and honest in saying that you had no idea of the process that went into preparing game balls for use. Well done. Plausible deniability. I’ve heard that phrase used in political movies before, and I think you nailed it.

You’ve done this before haven’t you?

You never said the team was innocent, you just denied any knowledge of the specifications for game balls. It was one of the best non-answers I’ve heard in a long time. You even got in a shot at the media, saying it’s a shame this had to be the story after two great playoff wins by your team.

And now, just 10 days from facing Richard Sherman and the Seahawks’ defense, you’re going to need to be extra careful to ensure that you don’t get caught … doing what it is you do best.

Which brings us back to my original reason for writing to you today: some advice to avoid detection in the future.

More obscure than the specifications for NFL game balls are the FAA regulations for flying small, unmanned aircrafts. Some teams are using them to film their own practices, but I think you know what I’m getting at here.

They’re relatively inexpensive - albeit not as inexpensive as a needle for an air pump - but I’m sure you can explain the expense to Mr. Kraft.

They’re discreet, much more so than sending one of your underlings to stand on the sideline and film an opponent’s practice. You can fly it high above Seahawks practice without them even noticing.

Considering you've always been on the cutting edge of football innovation, I assumed this thought had crossed your mind, but I guess not. Soon, drones will be everywhere, and rules and legislation will limit where and when you can fly them. If you want to get in on this new trend, now is the time.

And the best part? You’d get to keep that plausible deniability you love so much. Think about it.

Then again, losing two Super Bowls to Eli Manning can drive a man to do things he wouldn’t otherwise do.

P.S. - If you’re interested in buying a drone, let me know and I can price some out for you.