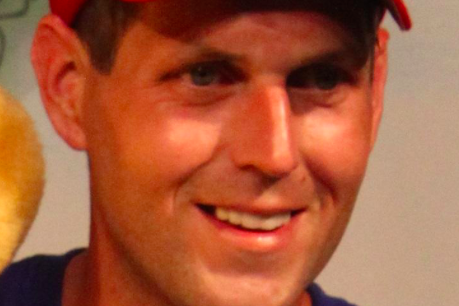 The son of former Delaware County Congressman Curt Weldon was found dead at his Boyertown apartment last Monday in what his father described as an apparent drug-related incident.

"Like too many people, Curt struggled with addiction to prescription opioids and benzodiazepines and worked through several rehab programs, but could not shake the negative spiral that is common to people suffering with addiction," the obituary reads. "Curt's love for his family and his son never wavered as he strived to control the disease that confronted him on a daily basis."

Weldon, who had also battled with Type 1 diabetes, had lately been upset after he was passed over for a job at Sportsradio 94WIP, his father told The Philadelphia Inquirer. He had previously appeared regularly on the sports station and had published several articles about the uniqueness of Philadelphia sports fans.

The Weldon family did not want to conceal the painful nature of Wayne's death out of recognition for the thousands of families who have lost loved ones and continue to deal with the trials of addiction.

"We ask that those who wish to pay tribute to Curt do so in their own private way with someone currently afflicted with an addiction. If you touch one life at risk and give that person a sense of hope and caring, Curt would be grateful! Every life has meaning; as difficult as it sometimes is, we must never give up hope!"

Weldon Sr., a Republican, served Pennsylvania's Seventh Congressional District in the U.S. House from 1987 to 2007.

Those who wish to make a donations can do so to the local chapter of the Juvenile Diabetes Research Foundation at 555 Croton Rd., Suite 111, King of Prussia, Pa. 19406. Visiting hours for Weldon, Jr. will be held at the Aston Community Center from on Thursday, September 8 from 1-4 p.m.