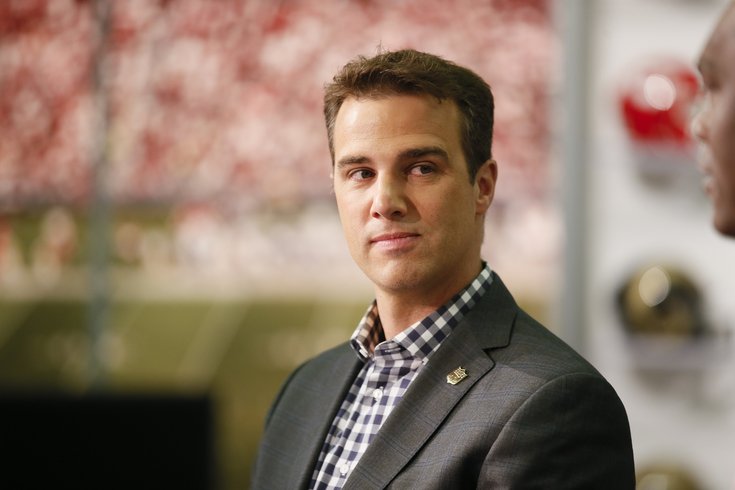 Daniel Jeremiah on set at the NFL Network studios.

During Doug Pederson's introductory press conference as the Philadelphia Eagles' new head coach, Eagles owner Jeffrey Lurie announced that the team would be conducting a search for a new "player personnel head."

According to a source, before the Eagles put that search on hold, they interviewed NFL Network's Daniel Jeremiah for the job.

A spokesperson for the Eagles confirmed that the interview took place, but said that the Eagles did not make a formal offer. Jeremiah subsequently accepted a new long-term contract with NFL Network.

The Eagles previously also interviewed Brandon Hunt, who is currently the "pro scouting coordinator" for the Steelers.