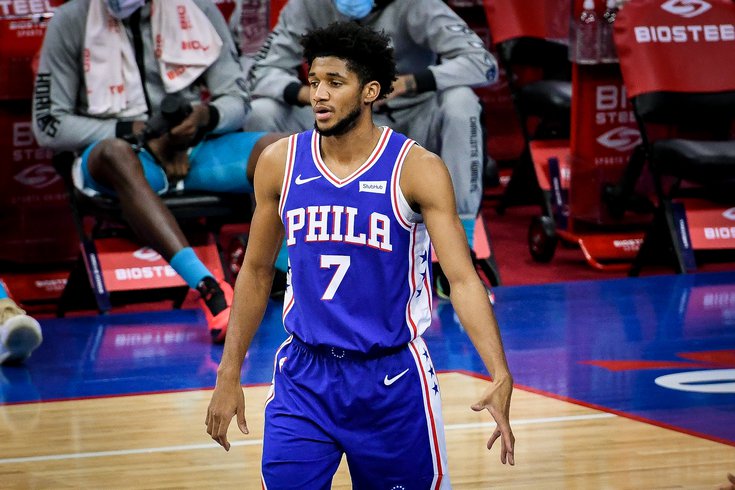 The Sixers will waive Isaiah Joe and Charles Bassey ahead of the start of the regular season, a source told PhillyVoice early Thursday morning. In the battle for the final roster spot, it turns out that neither man ended up winning the job, though this is partially because of circumstances out of their control.

Bassey was widely expected to be let go as a result of the roster crunch, and would have been the fourth big man on the roster had he defied expectations. The reserve center received minimal playing time during the preseason, and the writing was on the wall regarding his time in Philadelphia.

It's Joe who qualifies as a mildly bigger surprise, in that he had a superior summer showing compared to Bassey and that his skill set fits a more immediate need than backup center. Joe's movement shooting, at least in theory, was a point of separation between himself and a lot of other guys on the roster, and the hope among supporters was that increased opportunity would lead to more consistency for his shot. Like Bassey, however, Joe did not appear in Philadelphia's preseason finale against the Charlotte Hornets.

In the end, the Sixers' decision came down to a simple thought process. As a result of their offseason moves, they are a hard-capped team this season, unable to cross the tax apron threshold ($156,938,000) at any point this season. If they are to make another win-now move for a run at a title, odds are that they'll be shopping in a class of players making more money than the outgoing pieces in said trade. There is no imminent deal coming as a result of these cuts, but the Sixers viewed having a bit of extra wiggle room under the hard cap for that purpose as more valuable than keeping one of Joe or Bassey on the roster.

(Some rough numbers on that front — Joe's 2022-23 salary of roughly $1.8 million was non-guaranteed unless he was on the roster as of 10/23. Bassey had a shade under $75k in guaranteed money, so cutting him will save roughly $1.5 million. $3.3 million in wiggle room isn't a lot, but it could be meaningful down the road.)

Once the Sixers signed Montrezl Harrell, there was a high bar to clear for either player to change Philadelphia's thinking on this process. Based on the decision to cut both men, we know neither was able to clear it. Attempts to deal both players were made during the preseason, though it is generally pretty unlikely for an end-of-roster player to get moved during this stage of the offseason, with teams waiting out cuts to see if they can acquire a player without sacrificing any assets to do so.

There is some interest, according to a source, in bringing Joe back on a two-way deal if that ends up being possible. From the player's perspective, a standard NBA contract would obviously be the first priority, so the Sixers may not have the luxury of bringing Joe back on a deal with better terms for the team. That said, it's too early to say if his time with the organization is up yet, or if he can be retained in a role that allows Joe to put time in with the Blue Coats in the hope of becoming a reliable role player.

Pending other moves, this leaves the Sixers with a group of 14 for their full-time roster, in addition to their two-way players (Julian Champagnie and Charlie Brown Jr.) and Michael Foster Jr., who is currently on an Exhibit-10 deal.