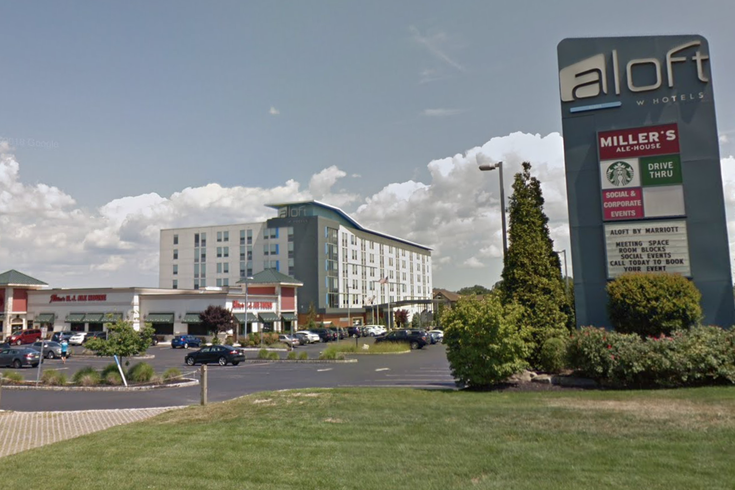 The women, one from Chicago and the other from San Antonio, traveled from Illinois to South Jersey with the intention of selling roughly 33 pounds of heroin to a buyer. The prospective buyer, court records show, was actually a source cooperating with the investigation, according to the Cherry Hill Courier-Post.

Federal agents were on the premises July 25, went the women believed the transaction would occur, near hotels and restaurants along Route 73 and Fellowship Road in Mount Laurel.

Court documents say the first woman, Alba Lillia Diaz, traveled to South Jersey on July 22 and met with the source to discuss the transaction.

The two met at a hotel in the 500 block of Fellowship Road, according to the Courier-Post. There are three hotels on that block: The Westin, Aloft, and DoubleTree Suites. The pair then went to a "nearby tavern", which is likely the Miller's Ale House on Fellowship Road, before returning to the unnamed hotel. There, court documents say, Diaz provided the source with a sample of heroin.

When the actual transaction began to take place in the hotel parking lot, federal agents moved in on the women and the source, seizing objects wrapped in cellophane shrink wrap from the duffel bags, which later tested positive for heroin.

Both women are charged drug distribution offenses, according to the Courier-Post.