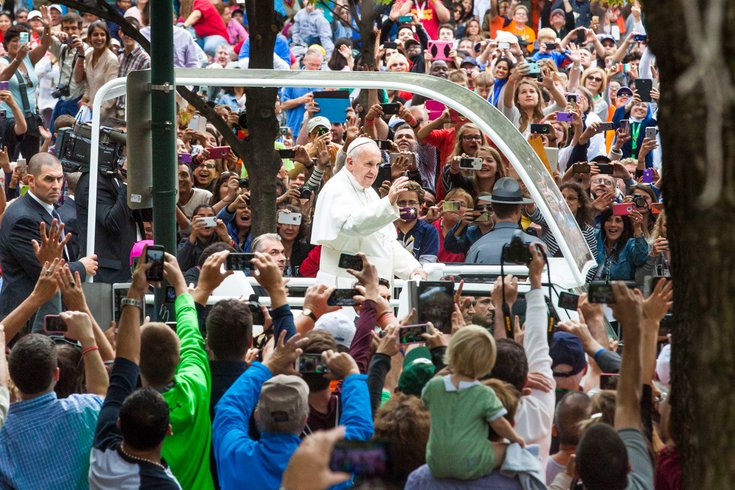 Pope Francis waves from the popemobile on the Benjamin Franklin Parkway in Center City Philadelphia moments before the papal Mass on Sunday, Sept. 27, 2015.

A South Jersey teenager pleaded guilty this week to his role in a plot to assassinate Pope Francis during a trip to Philadelphia in 2015, federal prosecutors said.

Santos Colon, Jr., 17, of Lindenwold, New Jersey, admitted on Monday that he devised a plan to hire a sniper to shoot the Pope during a public mass along the Benjamin Franklin Parkway and set off explosive devices in the area. The plea was entered in a federal court in Camden.

Colon was charged with one count of attempting to provide material support to terrorists.

According to court documents, Colon reached out to someone he believed was a sniper, but was an undercover FBI agent. Colon also conducted target reconnaissance for the attack and ordered the purchase of materials for explosive devices. He was arrested in 2015 by FBI agents.

An estimated 900,000 people attended the papal mass in Center City. The event capped off a weeklong visit to the United States to celebrate the World Meeting of Families.

After pleading guilty as an adult, Colon now faces a maximum sentence of 15 years in prison and a fine of $250,000, or twice the gross amount of any financial gain or loss from the offense. A sentencing date has been set.