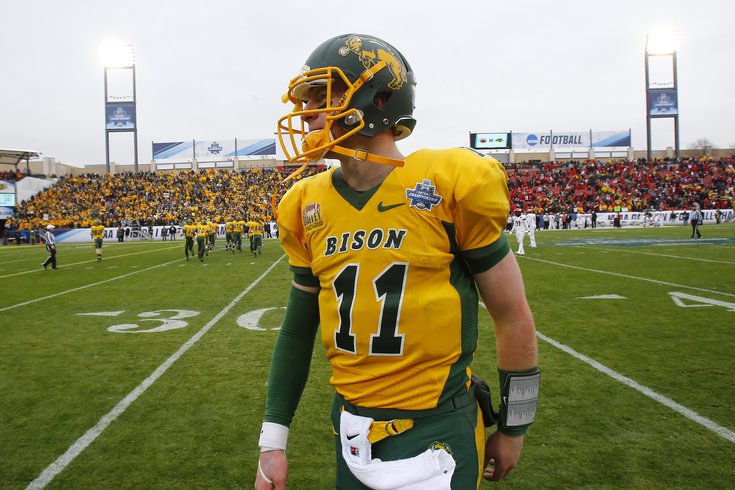 Over the last week, rumors that the Philadelphia Eagles have interest in trading up to the No. 1 spot in the draft have been picking up steam. Appearing on 97.5 the Fanatic this morning, ESPN's Adam Schefter guessed what the cost would be for the Eagles to trade up from pick No. 8 to the Tennessee Titans' spot at pick No. 1.

Of course, the Eagles' obvious target if they were to make such a bold move would be one of the top two quarterbacks in this draft, North Dakota State's Carson Wentz or Cal's Jared Goff.

Four years ago, as we've noted, the Washington Redskins traded up from pick No. 6 to pick No. 2, where they drafted Robert Griffin III. The cost for RG3?

However, recent history shows that the exorbitant price paid by the Redskins was the exception, not the norm.

If you look at the "draft value chart," it will tell you the No. 1 overall pick is worth 3000 points. While the chart is used as a guide for what draft pick position is worth, because the quality of picks at the top of the draft vary greatly from year to year, it's a terrible tool when attributing value of the No. 1 overall pick.

For example, the No. 1 overall pick in 2012 was extremely valuable, when a young Civil War veteran by the name of Andrew Luck was the top prospect. The following year, the quarterback crop was gross, and the Kansas City Chiefs were stuck selecting Central Michigan offensive tackle Eric Fisher. In other words, if you view the draft value chart as Bible, then... 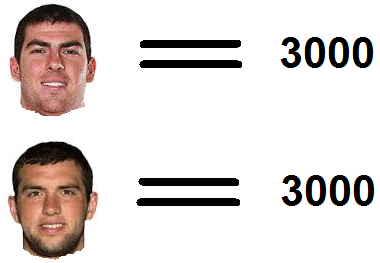 The Titans find themselves with the No. 1 overall pick in a year in which it's not very valuable. While Carson Wentz and Jared Goff are absolutely top 10 worthy picks and potential franchise quarterbacks, there is no "Andrew Luck" in this class. Therefore, while there may be teams that may really like Wentz or Goff, nobody is going to give up an RG3-like package to the Titans to move up.

Meanwhile, there likely isn't that big a gap in the grade teams will have on the top positional player in this draft, and who the Titans might land at pick No. 8, for example. If Tennessee wants to acquire more picks to move back and get a similarly rated player, then it might make sense for them to do so. But in the 2016 draft, they're holding a bronze ticket, not a golden one.

Schefter's guess on what the cost may be to move up is a hefty cost, but aligns with that premise. So... would you do that deal?