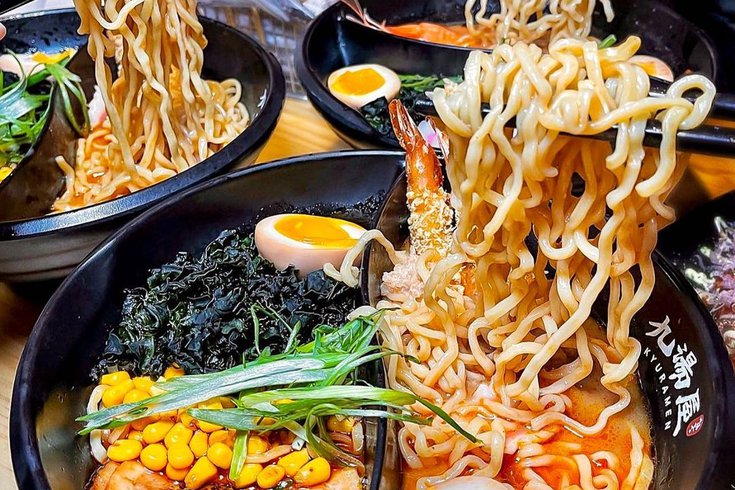 Kyuramen in Cherry Hill says they have the spiciest ramen in New Jersey, so this summer they're holding a competition to see who can handle the heat.

A ramen shop in Cherry Hill says they have the spiciest version of the dish in all of New Jersey, so this summer Kyuramen is holding a competition to see who can handle the heat.

The soup used in the "Killer Kyuramen Challenge'' is made with Carolina reaper peppers, which are some of the hottest in the world. It costs $16, but only for those who don't win the challenge.

Anyone who can slurp down a bowl in nine minutes or less without taking a drink will get the meal for free, a spot on the restaurant's wall of fame and a week's worth of complimentary ramen – one free daily bowl for seven days.

The challenge at the shop located on Rt. 70 near in the Heritage Square shopping center will be available through Aug. 31, but only between 11 a.m. and 6 p.m. Monday through Friday.

Kyuramen is a chain, but the challenge is only available at the Cherry Hill location.

Beating the challenge is not an impossible feat. Competitive eater and YouTuber Joel Hansen, who has nearly half a million subscribers, visited Kyuramen earlier this month and finished his bowl in just over three minutes.

He said the $16 price tag is much more affordable than most food challenges, which generally rely on enormous portion sizes rather than extreme spice.

Hansen also tried some of the other dishes on Kyuramen's menu, which includes different versions of ramen from various regions of Japan, rice burgers and omurice – a distinctly Japanese take on the omelet.

At present, there are also five Kyuramen locations in New York City, one in Chicago and one on Long Beach Island.