The vehicle, decked out in more than 11,000 cards, is taking a summer road trip to celebrate a longtime hobby 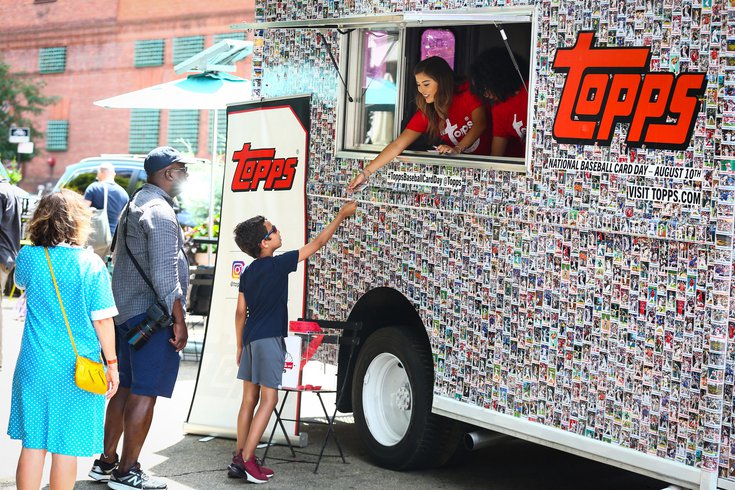 In honor of International Trading Card Day, Topps is taking a cross-country pop-up truck tour with card giveaways. The truck stops at Penn's Landing in Philadelphia on Aug. 2 from 2-8 p.m.

In honor of International Trading Card Day, Topps is taking a road trip across more than 8,000 miles to interact with fans and give away trading cards.

MORE: Skydiving event to take place over the beach in Wildwood

Its pop-up truck will make a stop in Walnut Plaza at Penn's Landing on Tuesday, Aug. 2 from 2-8 p.m. There will be interactive games, card giveaways and free Topps swag for those who attend.

With the pop-up truck tour, Topps is celebrating card-collecting as one of America's oldest past times. The company seeks to interact with collectors of its various trading cards, which feature Major League Baseball, the UEFA Champions League, Major League Soccer and Garbage Pail Kids.

On Aug. 6, the actual International Trading Card Day, Topps will be giving away free cards and gifts with purchases made in hobby shops across the country.

Topps began in 1938 as a gum business in Brooklyn, New York. It released its first annual set of baseball cards in 1952, featuring the likes Mickey Mantle and Willie Mays. In January, the company was purchased for $500 million by Fanatics, the e-commerce company run by former 76ers owner Michael Rubin.

Decked out in more than 11,000 trading cards, fans won't be able to miss the Topps pop-up truck when it pulls into Philadelphia.