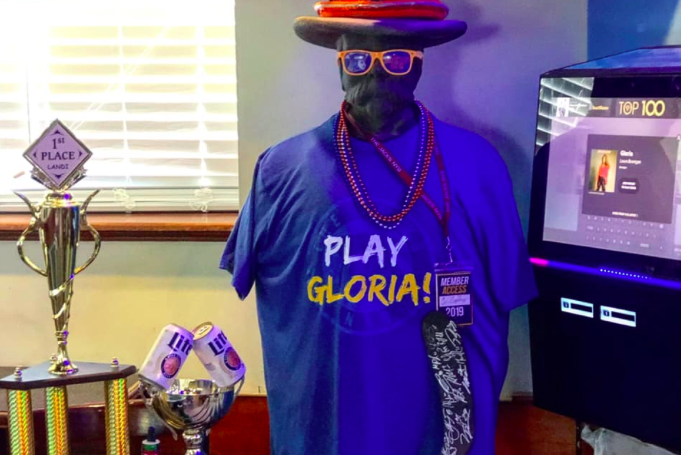 The Jacks NYB, a private bar in South Philadelphia, gave birth to the St. Louis Blues' adoption of Laura Branigan's "Gloria" as their team song. The Blues advanced to the NHL's Stanley Cup Final, where they'll take on the Boston Bruins.

The St. Louis Blues punched their improbable ticket to the Stanley Cup Finals on Tuesday night, earning a matchup with the imposing Boston Bruins in their quest for the team's first NHL championship.

Philadelphia fans will have more reason to root for the Blues than simple animosity toward all Boston teams.

A strange series of events involving the Philadelphia Eagles, the Mummers Parade and a mummers clubhouse in South Philadelphia has inspired the Blues' playoff run, all set to the soundtrack of the 1982 Laura Branigan hit, "Gloria."

Five members of the Blues were in Philadelphia on Jan. 6 for a game the next day against the Flyers. As long as they were in town, they accepted an invite from a friend to go to the members-only bar at the clubhouse of The Jacks NYB, a mummers brigade based on South 16th Street not far from Marconi Plaza.

It just so happened that the Eagles were playing the Chicago Bears in the wildcard round of the NFC playoffs that night. During the game, which ended with Cody Parkey's famed double-doink, one of the club members repeatedly requested that the DJ play "Gloria," according to the Associated Press. The Jacks NYB previously used "Gloria" during their New Year's Day performance at the Mummers Parade and won first place in their division.

The Blues players — Robby Fabbri, Robert Bortuzzo, Alexander Steen, Joel Edmundson and Jaden Schwartz — were blown away by the scene at the private bar and the mummers they were hanging out with.

The next day, the Blues beat the Flyers 3-0, helping set in motion a blazing finish to the season that took them from last place in the NHL to the brink of a title.

The Jacks NYB has since morphed into a St. Louis Blues bar, amending its members only policy to allow in Blues fans, and posting social media updates of raucous crowds gathered during the NHL playoffs – like these from Tuesday night's series clinching win against the San Jose Sharks.

If anyone is interested in the official PLAY GLORIA t-shirt. Please email us at Thejacksnyb@gmail.com. Thank you. Go Blues and have a nice day. 😎😁😄 #PlayGloria #TheJacksNyb pic.twitter.com/sXEqCI6Hrl

Don't let anyone ever tell you that Philadelphia sports fans are too hostile to outsiders.