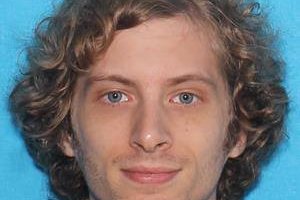 Stained clothing, perhaps belonging to John Kohlbecker, 27, a missing man from Manayunk, was discovered near the banks of the Mullica River, deep within the Pine Barrens. He was last seen Feb. 11.

New Jersey State Police have discovered stained clothing along the banks of the Mullica River, deep in the heart of the Pine Barrens.

Sgt. Jeff Flynn said the clothing, which is being tested to determine the origin of the stains, was found near a missing Manayunk man’s abandoned 1995 Toyota Camry.

Philadelphian John Kohlbecker, 27, was last seen on Feb. 11 during a 9:30 p.m. vehicle stop in tiny Buena Borough, Atlantic County. He was stopped for having a light out on his vehicle.

He was also seen earlier that same day at a grocery store in Bridgeton, Cumberland County.

Both marine and K-9 searches of the area have been done.

The State Police's Major Crimes Unit and its Missing Persons Unit are continuing the investigation.

Flynn said Kohlbecker had not left any sort of note or contacted friends before leaving Philadelphia.

Kohlbecker is described as a white male, 5 feet 11 inches tall and weighing 135 pounds, with blond hair and blue eyes.