Stallone: Tebow should be starting quarterback 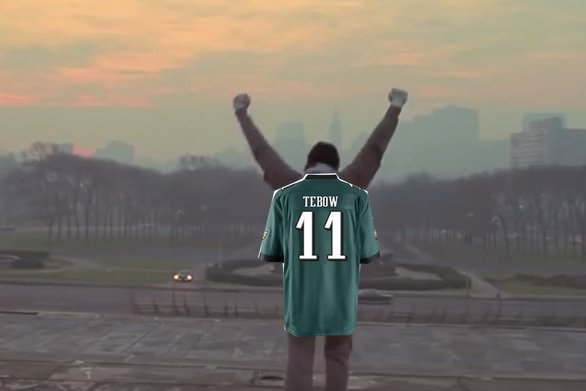 While Tim Tebow making the Eagles' roster is all but guaranteed after Matt Barkley was traded, the likelihood of him starting is slim barring Sam Bradford and Mark Sanchez both magically disappearing.

You could say that makes him an underdog. So who better to endorse him than the man who portrayed Philadelphia's most famous fictional athlete who had to overcome the odds?

A TMZ cameraman caught up with Sylvester Stallone, who as you know played this guy, and asked him his thoughts on Tebow.

That was his response, and when asked about the possibility of Tebow being the team's third option at quarterback, Stallone says "first-string" or, well, you can watch for yourself:

If Tebow really wants to make Stallone proud and win the job, maybe a long run would do the trick?