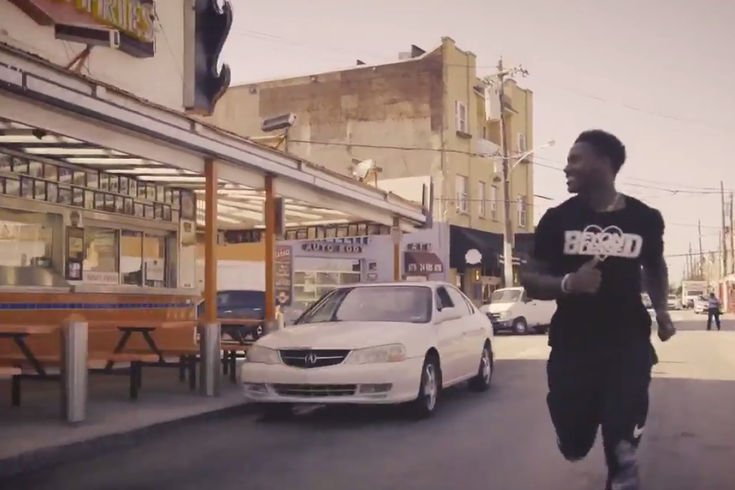 Philadelphia is generally known more for producing elite basketball talent than as a football recruiting hotbed, but D’Andre Swift is one of the exceptions. The 5’10”, 214-pound running back from St. Joseph’s Prep is really good. Like, offered a scholarship by Nick Saban good.

And when you’re an awesome high school running back, one of the perks is a sweet mixtape accompanied by terrible background music:

Another perk is that you can get Bleacher Report to produce a video of you running through Philly a la Rocky that announces your college commitment. Next year, Swift is headed to Georgia:

Swift, which is a splendid name for a speedy running back, is rated as the 38th-best high school football player and No. 4 overall running back in his class by Rivals. ESPN has him at 65th overall. As a top recruit, it wasn’t just the SEC that was after Swift. His final five schools were Alabama, Clemson, Florida State, Georgia and Penn State.

In 10 games last season, Swift had 1,350 yards from scrimmage and 16 touchdowns. The previous two years, he played a major role on two Class AAAA state championship teams as an underclassman.

Swift has little time to dwell on his college commitment. The Prep is currently in Mission Viejo, California, where they’re scheduled to take on Oaks Christian (CA) Friday at 5 p.m.