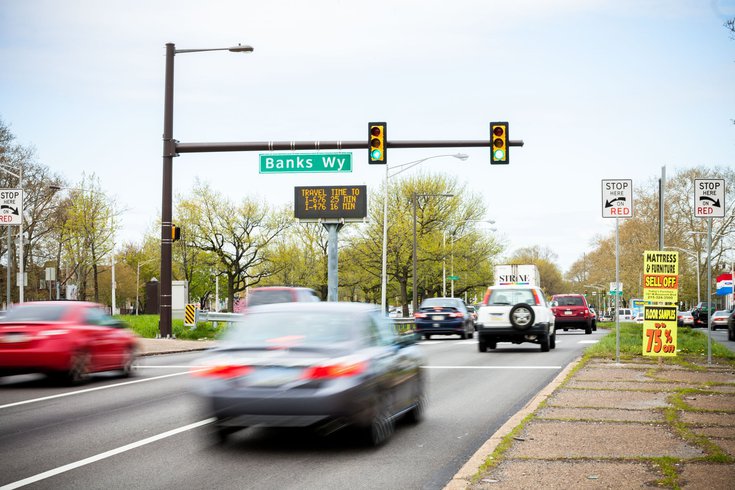 Pennsylvania is investing $12.5 million to make Roosevelt Boulevard in Philadelphia safer. The arterial road is one of the most dangerous in the city.

The state has set aside $12.5 million to make safety improvements to Roosevelt Boulevard, one of the most dangerous roads in Philadelphia, Gov. Tom Wolf announced on Friday.

The city released a study on the boulevard titled Route for Change earlier this year. It includes a short-term plan for changes to the road that should be made before 2025 and a longer-term plan of goals to be accomplished by 2040.

Of the funding Wolf announced for the road on Friday, $6 million will go toward intersection improvements, including extending curbs to shorten pedestrian crossing distances and realigning crosswalk and lane configurations.

Another $2 million was allocated to implement right turn lanes for local bus stops and businesses and $1 million was set aside to improve the bus stops themselves.

This is in addition to the $1.5 million provided to upgrade the road's signals. Officials want the Philadelphia Parking Authority to install red-light running cameras and to create an emergency vehicle preemption system, which would override the road's signals to give a first responder the right of way if they're responding to a call.

These funds for Roosevelt Boulevard were just part of the $22.1 million in grants Gov. Tom Wolf announced on Friday as part of the Automated Speed Enforcement program, which aims to discourage reckless driving.

The ASE "invests in traffic safety both by discouraging speeding through enforcement fines and using those fines to implement solutions to improve safety,” Wolf said.

The program was piloted in 2018 with a focus on Roosevelt Boulevard. Since then, PPA has installed eight red-light running cameras on the roadway.

All of the $21 million went to projects in Philadelphia except the $2.1 million set aside to provide technical assistance for the statewide Automated Work Zone Speed Enforcement project.

On Cottman Avenue, $4 million was allocated for safety improvements between Roosevelt Boulevard and Castor Avenue, which will also get $3 million worth of improvements. Another $500,000 was set aside for improvements to Spring Garden Street.