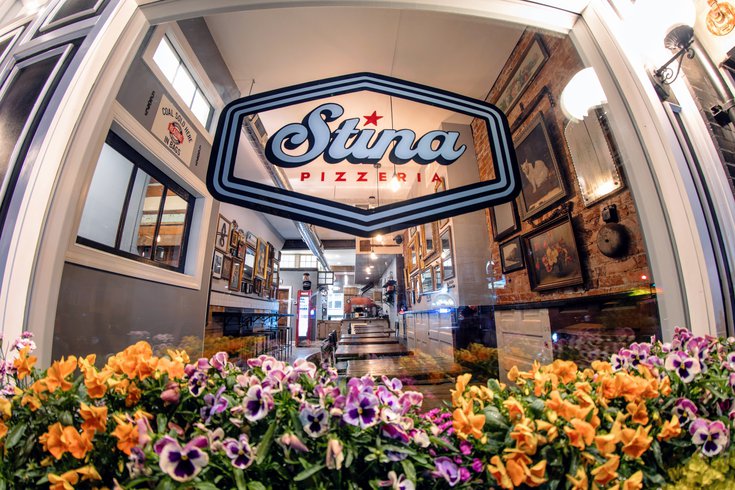 Chef Bobby Saritsoglou of Stina and chef Ari Miller of Musi are teaming up for a one-night-only dinner. Stina will donate 20% of the evening's sales to the Attic Youth Center.

Chef Bobby Saritsoglou of Stina and chef Ari Miller of Musi are collaborating on a four-course dinner to raise money for the Attic Youth Center, a Philly organization for LGBTQ+ youth.

The dinner will be on Tuesday, June 29 at Stina. The Mediterranean BYOB is located at 1705 Snyder Ave.

Saritsoglou and Miller's dinner includes marinated feta, a fish kebab, dry-aged duck and dessert. The dinner is $85 per person and will be offered from 4-10 p.m.

Stina will donate 20% of the evening's sales to the Attic Youth Center. As part of Stina's on-going fundraising for local charities, 1% of June's sales also will be donated to the organization.

To drink, guests can purchase brews from the Stickman Brews pop-up during the event. Four 8-ounce pours paired with the meal can be purchased for $10, and $5 16-ounce pours will be for sale, too.

Reservations can be made through Resy or by calling (215) 337-3455. Below is the full menu for the special dinner.

• Marinated feta and charred lettuces – Triple cream and aged feta from the Farm at Doe Run. Marinated with blue poppy seeds from Afyonkarahisar, Turkey and rose buds from Dubai, with lettuces charred in Stina's wood-fired oven.

• Fish kebab – Kebab, spiced with urfa peppers from Burlap & Barrel, wrapped in a backyard fig leaf and roasted in the wood-fired oven.

Tuesday’s event is part of Stina's year-round mission to give back to the community. Once a month Stina hosts a special night and donates 20% to an area nonprofit that is specially selected by Saritsoglou and his wife Christina Kallas-Saritsoglou.