Croissants, cinnamon rolls, pop-tarts and other treats will be for sale at Pinwheel Provisions in Narberth 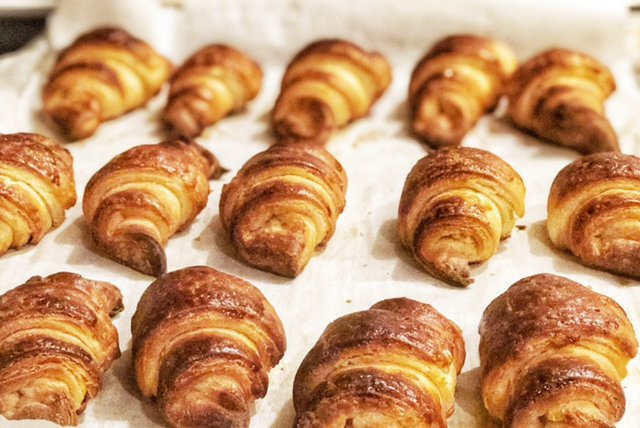 The Flakely pop-up will be open Wednesdays and Saturdays from June 30 through Aug. 7. All items sold by Flakely are gluten-free.

Lila Jai Colello will bring Flakely, her gluten-free baked goods, to Pinwheel Provisions in Narberth, Montgomery County for a seven-week pop-up this summer.

Beginning on Wednesday, June 30, breads, croissants and other pastries that are freshly baked that morning will be for sale on Wednesdays and Saturdays from 2-6 p.m.

The full menu will be posted on Instagram every Tuesday and Friday before the pop-up opens.

Items could include cinnamon rolls, bake-it-yourself pizza dough, from-scratch pop-tarts and crusty baguettes. All items sold by Flakely are gluten-free.

"After years of feeling unwell, I was diagnosed with Celiac Disease in 2015, and it’s hard to say which was more difficult: giving up my dream of working in professional kitchens, or giving up croissants," said Colello, who graduated from the French Culinary Institute in New York City and worked for Eric Ripert, Wolfgang Puck and Food Network before her diagnosis. "My disease is so severe that I can’t even touch regular wheat flour, so Flakely’s products are all absolutely safe, even for those with severe gluten intolerances like mine."

Customers can pre-order for pickup at Pinwheel during the summer pop-up. Also, look for pop-tart ice cream sandwiches, a collaboration with MilkJawn, that will arrive later in July.