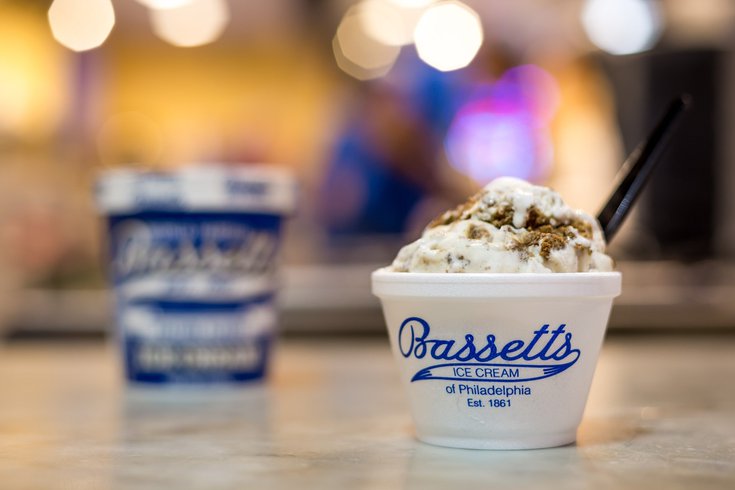 If you want the best ice cream in Pennsylvania, look no further than Bassetts, according to Food & Wine magazine.

The iconic Philly ice cream shop has been named the best in Pennsylvania as part of the publication's survey of the top ice cream in each state.

The survey sought to explore what ice cream brand "feels the most essential" in each state, according to the magazine. Companies qualified by having at least one to two years of uninterrupted ice cream production.

Below is what Food & Wine had to say about Bassetts Ice Cream:

"Any study of American ice cream history will bring you rather immediately to Philadelphia, where the family-owned Bassetts — the country's longest-running operation — has been serving up the city's favorite ice cream since the mid-1800s. A staple of the historic Reading Terminal Market since the market's earliest days, this is still some of the country's finest ice cream, boasting a luxurious 16.5% butterfat content (about as high as you can go before it starts to taste like frozen butter) and a wildly creamy, dense texture that has ruined many Philadelphians for ice cream in other cities. The market's sole remaining original tenant, Bassetts stays popular all year long, and certainly during the warmer months. If you happen to walk in and see either a short line or no line at all, postpone whatever else and head straight over."

Bassetts was founded in 1861 by a Quaker school teacher and farmer named Lewis Dubois Bassett, who first started making ice cream in his Salem County backyard.

The company began selling ice cream from its original Philly location at 5th and Market streets in 1885 before moving over to its current retail shop at Reading Terminal Market in 1892. The company is still owned and operated by the founder's great-great grandsons.

Bassetts is also distributed in markets such as New York City, Washington, D.C. and Florida. Since 2008, the brand has expanded globally to China, South Korea and Taiwan.

Food & Wine also gave a shoutout to Philadelphia's own Milk Jawn for rolling out its pop-up shops and delivery service amid the COVID-19 pandemic.

The ice cream brand offers over 15 flavors that are available for delivery and pickup in pints. Among its most notable flavors are Earl Grey honeycomb and lemon curd blueberry basil swirl.