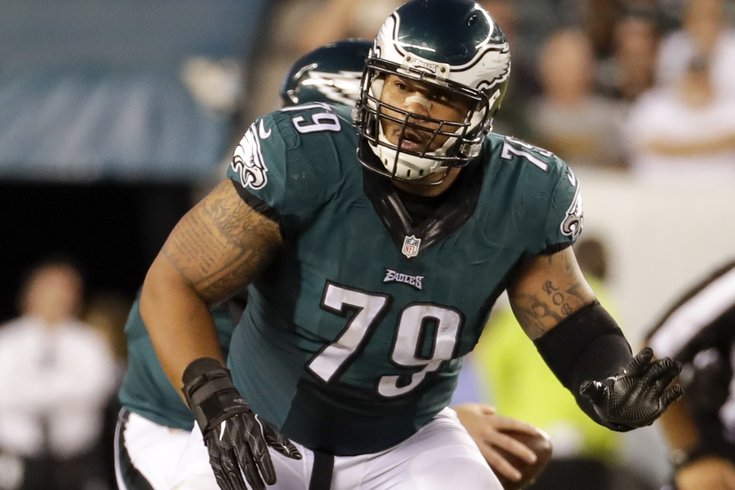 Eagles guard Brandon Brooks missed two of his team's last three games with what coach Doug Pederson referred to as a "stomach condition."

On Wednesday, Brooks opened up about what's been causing his game-day illness: anxiety.

#Eagles OL Brandon Brooks said that he has an anxiety issue. It's the reason why he's gotten sick on game days and not played.

Brandon Brooks said it's not nervousness or fear of football. "I have an obsession with the game. It’s an unhealthy obsession right now."

Here's how he describes the onset of these anxiety attacks:

Brooks was diagnosed following the Green Bay game, the first he missed this season due to his stomach. The 27-year-old offensive lineman missed a couple games while in Houston due to similar stomach-related symptoms, but said that in the past they had always been described as ulcers.

Brooks: "For the longest, I thought it was an ulcer, something physical in my stomach. I didn’t know it could possibly be something else.”

Now, it appears, he not only knows the cause of those symptoms, which only seem to manifest on game day, but has a plan to combat them.

Brandon Brooks said he will take medicine to "chill me out." Said he doesn't feel depressed. Said he's felt anxiety for a long time.

I can think of one thing that helps with anxiety, unfortunately the NFL is still stuck in the 1950s.

Opening up about this could not have been easy for Brooks, who signed a five-year deal this offseason worth $40 million. Just look at the responses to my recent story about his then-mysterious illness.

They ranged from benign: "bubble guts. Needs to stop eating wawa the night before."

To unfair: "he's got a case of the quitites [sic]"

To malicious and downright nasty: "bc he's a [redacted]"

What you won't hear are a whole bunch people wishing him well and hoping he gets better. Unfortunately, I don't think his admission will cause that last person to suddenly throw his support behind Brooks.