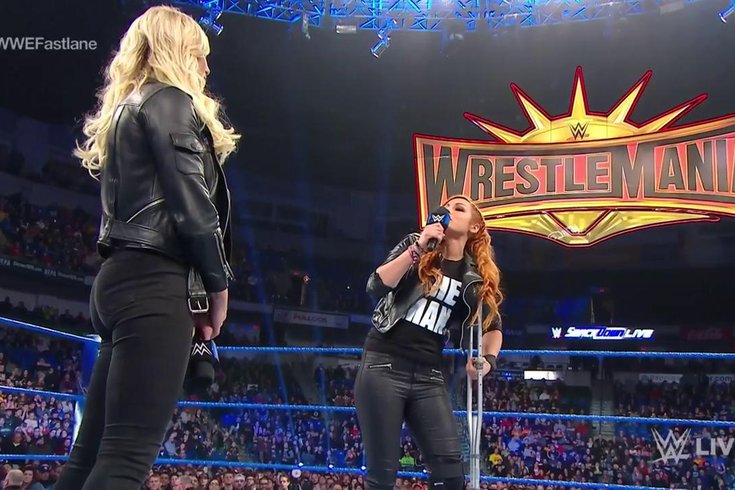 Charlotte Flair and Becky Lynch face off on SmackDown Live before their match at Fastlane.

We're approaching the final stop on the Road to WrestleMania as WWE's Fastlane pay-per-view takes place this Sunday from the Quicken Loans Arena in Cleveland. Nick Piccone (@nickpiccone) Vaughn Johnson (@VaughnMJohnson) take a look at the card, preview the show and give their predictions.

Before that, the duo discusses the news of Jim Ross leaving WWE when his contract expires, the odds he goes to AEW as their lead commentator, and whether or not he'll return to WWE in the future.

Did anyone realize Ross was still under contract with WWE anyway?

The guys also discuss the unfortunate passings of legend King Kong Bundy and Dick Beyer, WrestleMania 36 being hosted in Tampa in 2020, Tommaso Ciampa's neck injury that will keep him out of action for the foreseeable future and more!

You can listen to the entire episode below: