Straight Shooters: Deep dive into SummerSlam 1990 at the Spectrum 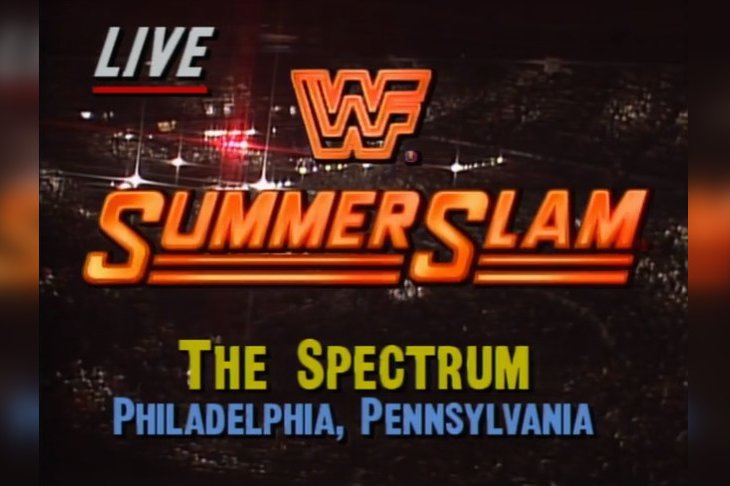 SummerSlam 1990 took place from the Spectrum, and Nick was in attendance as a 4-year-old!

We're heading back to 1990 in this episode of The Straight Shooters and covering SummerSlam which took place in the Philadelphia Spectrum.

Nick Piccone and Vaughn Johnson dive deep and get into the good, the bad, and the ugly while unearthing some things people may not have known back then, and may still not know today.

It was Nick's first wrestling event live as he attended the pay-per-view with his family as a 4-year-old and vaguely remembers some things despite watching the VHS tape over and over and over again. Hulk Hogan returned to the ring to take on Earthquake, the Ultimate Warrior defended the WWF Championship against "Ravishing" Rick Rude in a Steel Cage Match, and the Hart Foundation were able to capture the WWF Tag Team Championships once again as they defeated Demolition in a two-out-of-three falls match.

There was plenty to discuss about this specific pay-per-view, so this episode is just about 3 hours in length. Before getting into SummerSlam 1990, though, the guys discuss the group Retribution and the "chaos" they're causing on WWE television.