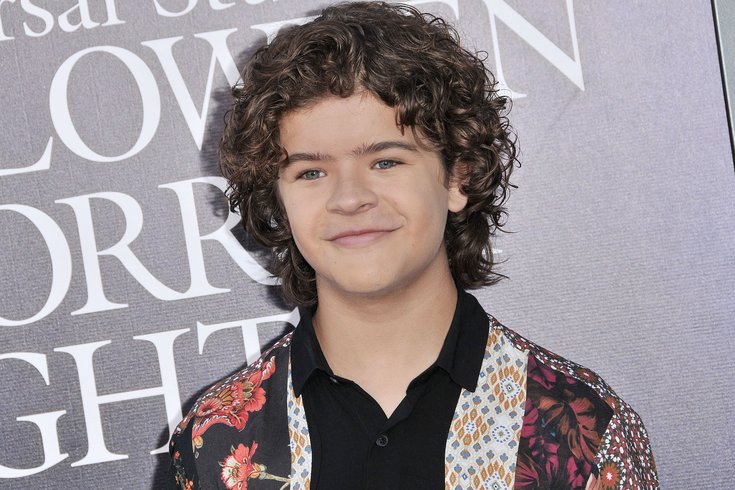 Gaten Matarazzo, who stars as Dustin Henderson in "Stranger Things" on Netflix, attended his junior prom at Pinelands Regional High School in New Jersey recently and afterward made a trip to the Ocean City Boardwalk, according to photos he posted on his Instagram.

“Stranger Things” actor and New Jersey resident, Gaten Matarazzo, posted prom photos on his Instagram on Friday, and it featured shots along the Ocean City Boardwalk.

The actor who plays Dustin Henderson on the sci-fi Netflix show lives in Little Egg Harbor Township, Ocean County. When he’s not shooting the show, he attends Pinelands Regional High School, where he attended the junior prom with his girlfriend this past weekend.

The 16-year-old Matarazzo posted photos to his Instagram with the caption, "Do over!!! I like the first pic better. Junior Prom with my best friends and the most beautiful girlfriend ever."

The photos featured some of the ultimate prom photo poses, like the classic one hand on the waist from behind pose. The group shots were taken at what appears to be pre-prom stops at Matarazzo's friend's homes and on the Ocean City Boardwalk.

Matarazzo also acts in his high school’s theater group, Pinelands Thespians. Most recently Matarazzo was featured in a school production of the musical “How to Succeed in Business Without Really Trying.” His girlfriend is also an actor at the same high school.

Matarazzo's adventure to junior prom matches the theme of the upcoming season for “Stranger Things,” which finds all the kids on the show entering into the belly of the beast – their teenage years.

With a brand new bitchin' mall in Hawkins, Indiana, the show welcomes teen drama and even summer jobs at the local food court.

Mike (played by Finn Wolfhard) comments on growing up, saying in the Season 3 trailer, "We're not kids anymore. What did you think? We were just going to sit in my basement all day playing games for the rest of our lives?"

"Stranger Things" is back for its third season July 4 on Netflix.