Study finds four different ways people stream their entertainment; which way do you watch most? 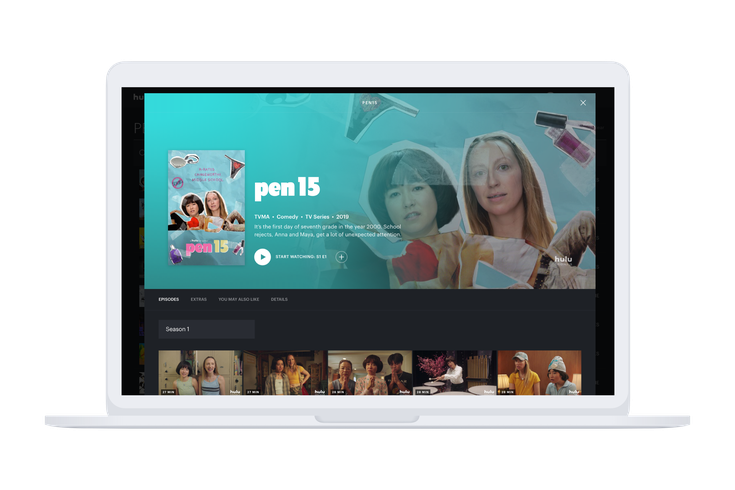 Hulu has pinpointed four unique streaming experiences that appeal to different demographics, psychographics and moods of the viewer.

You've probably taken plenty of quizzes analyzing what your favorite TV show or movie says about your personality. But have you ever thought about how the way you consume entertainment can also provide insight into your identity?

Hulu released a new study this month titled "Unpacking the Streaming Experience" that provides some understanding of how "Generation Stream" uses entertainment platforms.

With help from research firm Culture Co-op, Hulu conducted a nationally representative survey of 2,500 Americans ages 13 to 54 in April and found that 90% use one or more streaming platforms to watch entertainment content.

In a separate study from 2019, the findings were that 70% of U.S. households subscribe to at least one video streaming service.

Hulu's study also found that 91% would give up their music streaming service, their social media, their favorite food, favorite fashion item, and favorite brand before they gave up their video streaming service. It isn't so surprising when you consider the average American is now streaming eight hours of content per day, according to new research.

"Not all streaming experiences are alike, as different experiences appeal to different demographics, psychographics and moods of the viewer," the report states.

According to the study, 43% of Generation Stream partake in therapeutic streaming. This type of streaming helps the viewer decompress, and many choose shows or movies that remind them of childhood. Demographically, this type of streaming is most reflective of the national population.

This is backed up by a recent survey conducted by OnePoll on behalf of Tubi, which revealed that 56% of Americans frequently re-watch an old show instead of starting something new.

RELATED: Review: Hulu's 'Palm Springs' is a time loop worth getting stuck in | Three movies will be screened for free at pop-up drive-in theater in Philly

Classic streaming is likened to watching TV "the old fashioned way," at a set time as part of a routine with friends, family or a partner.

Indulgent streaming is essentially binge-watching, describing users who will spend a weekend racing through a series, while those who partake in curated streaming are looking for more than just something entertaining to watch. They also want content that is "intelligent, niche and global" and that will drive cultural conversation.

Upon looking further into these different experiences, it was found that those who partake in therapeutic and indulgent streaming often do so alone, while classic and curated streaming is more social.

The report is the first in a series from Hulu. The full findings from "Unpacking the Streaming Experience" can be viewed online.

"The insights in this report uncover what inspires and moves this audience, so that Hulu and our partners can connect with them in meaningful ways, with content, brands and advertising," said Julie DeTraglia, Head of Research and Insights at Hulu. "By exploring this coveted audience, who has been watching TV in a streaming environment for over a decade, 'Generation Stream' helps us understand the why, who and how of streaming TV viewers, and will continue to do so in the coming reports."