Why buy an expensive pet when you can adopt? 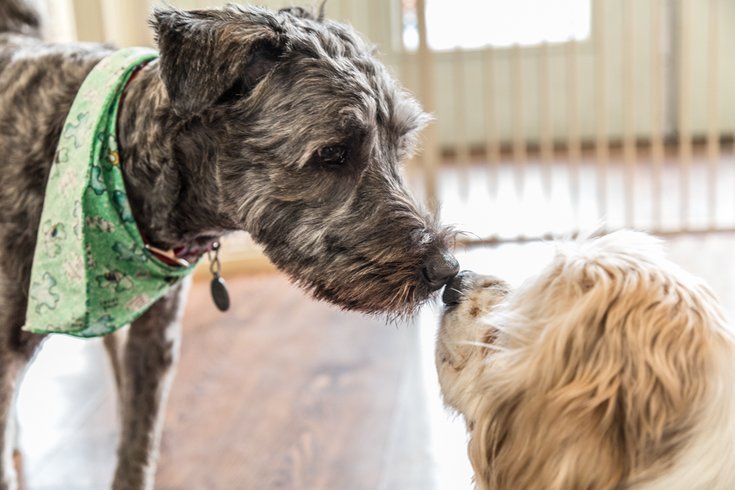 Street Tails Animal Rescue is not your average rescue facility. With a brick and mortar location in Northern Liberties, this rescue is giving Philadelphians a different way to meet and engage with the animals before adopting.

Lindsay Condefer founded the rescue, also known as STAR, in 2001. She began rescuing one dog at a time through her pet boutique, Chic Petique. In 2011 the rescue expanded into its own space, giving the nonprofit the ability to rescue more animals.

The boutique’s appeal is what they do different from other rescues. “The fact that we have an actual physical location, it really is the difference between us and a lot of other rescues. Most other rescues are foster based," said Allison Lewis, a full-time employee at Street Tails, which doesn't have titles for its employees.

The rescue worker pointed out that it's the physical location that gives the adopters more time to spend with potential adoptees. “There aren’t so many hoops to jump through before you can actually look at an animal in their kennel.”

But their specialty isn’t just your average dog. Lewis notes that team members or volunteers go to different shelters to "assess the animals" and look more particularly for medical cases. “Our mission is to save the homeless Philadelphia-area dogs and cats, and focusing with those with special needs, special medical needs."

Since the facility is much smaller in size the animals also have to be able to handle living in close quarters with other animals and people. “We tend to go for dogs who can survive this scenario," said Lewis, who started as a volunteer at STAR. “We tend to try to take less behavior cases, but medical cases we can take all day long.”

Every week the rescue highlights a dog of the week. She notes that small dogs tend to get adopted more quickly while older dogs and bigger dogs don't get adopted as quickly.

“We go for the pups who maybe aren’t getting the exposure they need, " she said. "So, usually the dogs who can use a little extra push or a little more exposure, who maybe aren’t a specific breed - which means people aren’t knocking down our door to get to them but who would absolutely be phenomenal in a home and ready for love.”

But why should you go for a rescue? The Humane Society estimates that nationally 2.7 million adoptable cats and dogs are euthanized each year. Lewis, who has been with the nonprofit for six years now, adds, “You don’t have to spend upwards of $4,000 to get something that’s a designer breed when there are animals who would be perfectly happy to sit on your sofa with you for less money - and it means they get a home.”

Editor's Note: In an effort to do our part in helping homeless dogs and cats find their forever home, PhillyVoice is excited to announce the start of a Pet of the Week special feature, where we will focus on a rescue pet from Street Tails each week. Check back for the feature on our homepage and social media soon.