Proposed line would connect King of Prussia to Center City 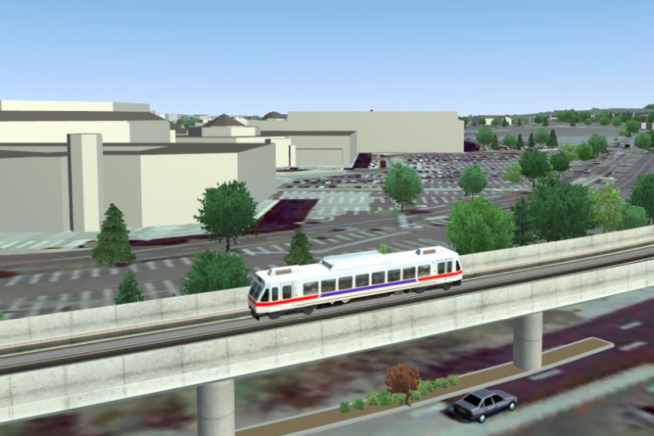 Extending rail service from Philadelphia to King of Prussia would create thousands of new jobs and pump millions of dollars into the value of the area's real estate, a new study says.

The study, released Thursday by the Economy League of Greater Philadelphia and Econsult Solutions, Inc., says that stretching SEPTA's Norristown High Speed Line into KOP would not only do wonders for the local economy but also help ease traffic into Philadelphia.

By doing so, the new line would avoid unnecesary community and environmental impacts potentially caused by creating a direct line from KOP to Center City Philadelphia, according to those behind the project.

The new study says that if completed, the extension would bring between 17,000 and 29,000 new jobs and four to eight million square feet of new development to KOP.

Bringing passengers to Philadelphia in about 30 minutes, it would also increase real estate value by anywhere between $540 million and $946 million.

As an added bonus, drivers would save between 1.7 million 2.1 million hours on the road due to the transit option, according to the study.

The Philadelphia Business Journal reports that the line would have eight to 10 stops, with two in KOP. The exact locations of those stops is still being studied.

The cost would be around $1.2 billion and construction could begin by 2020 with the line up and running by 2024, according to the Journal.