Study: Philadelphia is the second smoggiest city in the northeast 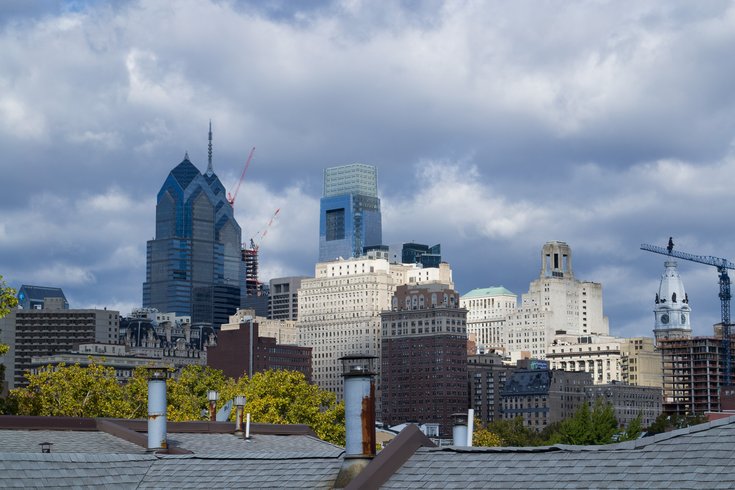 View of the Philadelphia skyline from the roof of the Whole Foods Market on South Street.

Philadelphia is home to some of smoggiest air in the country, according to one recent study.

PennEnvironment Research & Policy Center, an environmental advocacy group, released its report this week called "Our Health at Risk: Why Are Millions of Americans Still Breathing Unhealthy Air?" that found Philadelphia had the second highest amount of days with elevated smog pollution in the northeast region of the country in 2015.

The Philadelphia-Camden-Wilmington area had 97 total days, falling behind the Washington-Arlington-Alexandria region which had 99 total days in 2015, the most recent year when the data was available.

PennEnvironment also found that only two of the 97 days had "unhealthy" air, while 23 days were "unhealthy for sensitive groups" – like children and the elderly – and 72 days posed a "moderate" health risk.

Riverside, California had the highest amount of days, 233, with elevated smog pollution in the country in 2015. 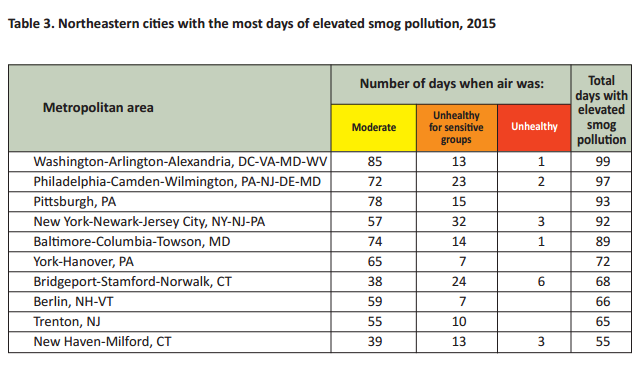 Philadelphia also went 212 days where the air had "elevated particulate matter pollution," though 207 of those days were considered "moderate" air quality and five were "unhealthy for sensitive groups," the study found.

The City of Brotherly Love had the fifth-most days with the elevated particulate matter level in the country, behind Fresno, California, which had 218 days.

Particulate matter "consists of small and practically invisible particles that can contain hundreds of toxic chemicals," according to the study.

The report said that exposure to high smog levels can cause permanent lung damage, decrease a person's ability to breathe and even cause chronic illnesses like asthma.

"Communities may endure worse air pollution in the future as global warming creates conditions conducive to increased smog and particulate pollution," the study said. "Higher temperatures will facilitate formation of smog, and altered wind patterns may increase the number of days with stagnant air that prevents dilution of contaminants. Wildfires, which generate particulate pollution and smog precursors that can travel hundreds of miles, will become more frequent and intense."

PennEnvironment recommended a number of solutions to remedy the pollution problem, including to defend the Clear Air Act, strengthen the Regional Greenhouse Gas Initiative, reduce the use of coal and natural gas and more.

See the complete results of the study here.