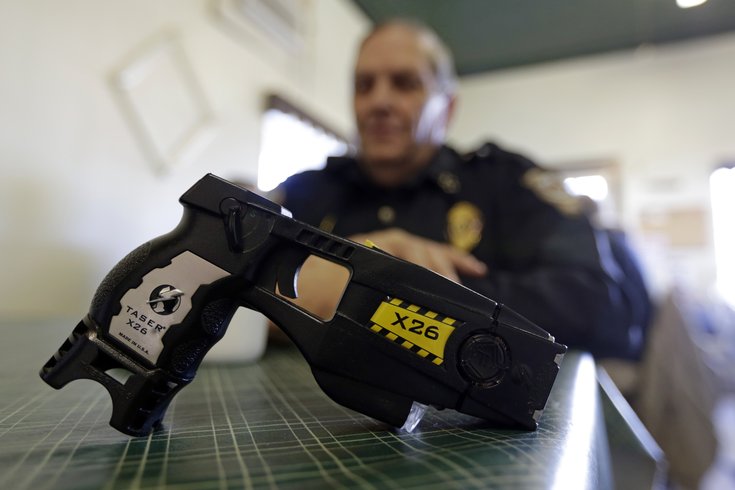 In this Nov. 14, 2013 photo, a Taser X26 is shown as Knightstown Police Chief Danny Baker talks about being shot by the weapon to raise money for his department in Knightstown, Ind. Baker is trying to raise money to lease a new car for the department by agreeing to be shot with his Taser.

A study on the cognitive effects of being shot with a Taser, or stun gun, has found that the less-lethal weapons may temporarily compromise a person’s mental state, and therefore, hinder a police suspect's rights.

According to the study, which was co-conducted by researchers at Drexel University and Arizona State University, the electric jolt from a stun gun has been found to "impair a person’s ability to remember and process information,” Drexel Now reports.

What this may mean is that a suspect shocked with Taser could have trouble comprehending police questioning and his or her Miranda rights.

“More than two million U.S. citizens have been tased by police as stun guns have become one of the preferred less-lethal weapons by police departments across the United States during the past decade,” Drexel Now reports. “Stun guns are now used in 17,000 police departments.”

The study used a randomized control group of volunteer participants who were shot by a Taser and immediately tested for cognitive impairment.

The study was funded by the U.S. Department of Justice’s National Institute of Justice and it marks the first time the Taser has been submitted to a major randomized clinical trial on a community sample outside the purview of Taser International.

The full article at Drexel Now.