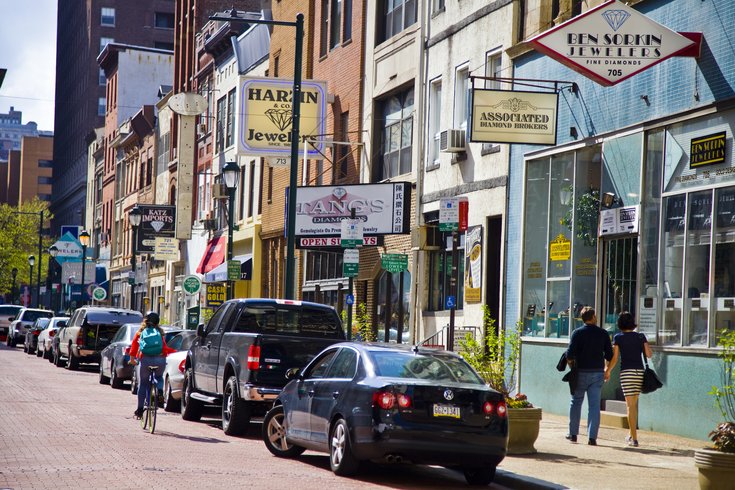 UPDATE: David Perri, commissioner for the city's Department of Licenses and Inspections, told the Inquirer Wednesday that an error in zoning approval will delay a plan to raze five properties on Philadelphia's Jewelers Row for a 16-story condo building.

Perri said that the plan from Horsham-based developer Toll Brothers was erroneously given the OK despite not going through the Civic Design Review Committee. Now the plan, which has received plenty of backlash, will have to get past that process, which could take several months, according to the Inquirer.

ORIGINAL STORY: The suburban developer behind a controversial plan to raze five properties on Philadelphia's iconic Jewelers Row claims it will respect the diamond district's history while ushering it into the future.

Backlash to the proposal was swift. The Philadelphia Preservation Alliance called it an "outrageous and destructive land grab" in a change.org petition that has already garnered nearly 4,000 signatures within less than a week. The Inquirer's Jacob Adelman also later discovered that Toll Brothers, according to city records, hasn't yet acquired any of the five properties between 702 and 710 Sansom Street that are included in the developer's demolition permit application.

In a statement obtained Wednesday by the Philadelphia Business Journal, Toll Brothers spokesman Michael J. Duff said the developer aims to protect the historic character of the district.

“Despite the by-right zoning status of this project, Toll Brothers City Living plans to engage the local community throughout this process. We are committed to delivering a residential building that is respectful of the history of Jewelers’ Row while rejuvenating it for the future. Although we are still considering our prospective development plans for this project, we intend, through contextual architectural design, for the existing cornice line of Sansom Street to remain intact while retaining retail space along the street level for jewelry stores to preserve the iconic Jewelers Row streetscape.”

Jewelers Row, considered the oldest diamond district in the United States, took form in the late 19th and early 20th centuries as a cultural and economic locale for craft merchants and gold sellers. It still employs as many as 300 people at more than 30 businesses clustered on and around Sansom Street, between 7th and 8th streets, according to the Jewelers Row Business Association.

The Philadelphia Preservation Alliance says just three of the buildings on Jewelers Row are protected by local historic designation, despite an architectural heritage that many believe holds unique value.

In the event that the demolition permit application is approved — a decision is expected by September 1 — an L&I spokeswoman said the buildings can be demolished at any point after August 26, marking 21 days after the application's submission.

The Preservation Alliance says it is prepared to oppose the development and will forward the petition to Philadelphia's director of planning and development, Anne Fadullon, once it has received 5,000 signatures.