Experience is meant to educate, advocate for victims say directors 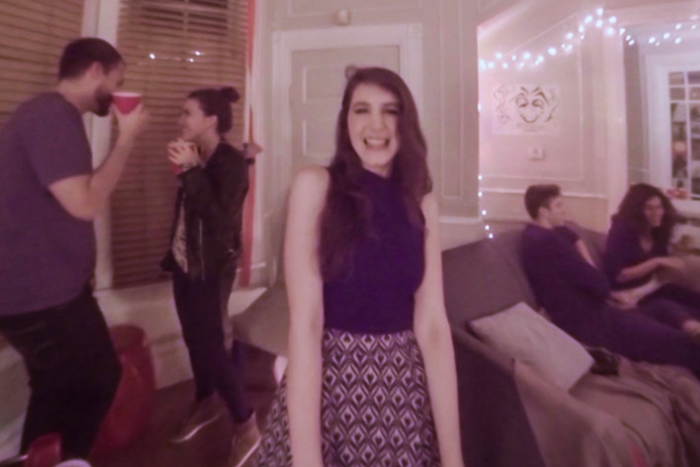 A scene from the short film "The Party."

Inserting viewers into a more personal experience via virtual reality is a big theme this year at the Sundance Film Fest — there are nine virtual reality projects. One of those films will take viewers down a dark path - to a rape at a college fraternity party.

The artists responsible for the New Frontier exhibit, Rose Troche and Morris May, say their film, The Party, is the first of a three-part series meant to help society analyze serious issues.

"This is where social consciousness and narrative film can sort of interact," Troche told Buzzfeed. She added that the second of the films will show an interaction between a protester and a police officer.

"The Party" is composed of two five-minute segments. One is from the perspective of the rapist, Brian. The other is from the perspective of the victim, Gina. Essentially, the viewer follows from when the two meet — and Gina is clearly very drunk — to when Brian and his friend take Gina upstairs, where she passes out, and then discuss "taking turns." The viewer then rejoins the scene when Gina wakes up alone.

While the subject matter of the film is sensitive, Roche and May wanted to make one thing clear — an actual rape is never portrayed. The film shows the events leading up to the rape and a small portion of events afterward. Roche said it was filmed that way so that it brought about more of a social narrative instead of being graphic for the sake of being graphic.

“It’s as PG as I wanted it to be,” said Troche. “It was really, really important to me to not have this be an experience where you kind of got half a boner.”

The thought of virtual rape definitely turned off some folks, though, who let their opinion be known in the article's comments section and on Twitter.

The Buzzfeed story is a good read.