You'll be able to see the moon turn an orangey-red hue later this month, and, no, it's not the end of the world 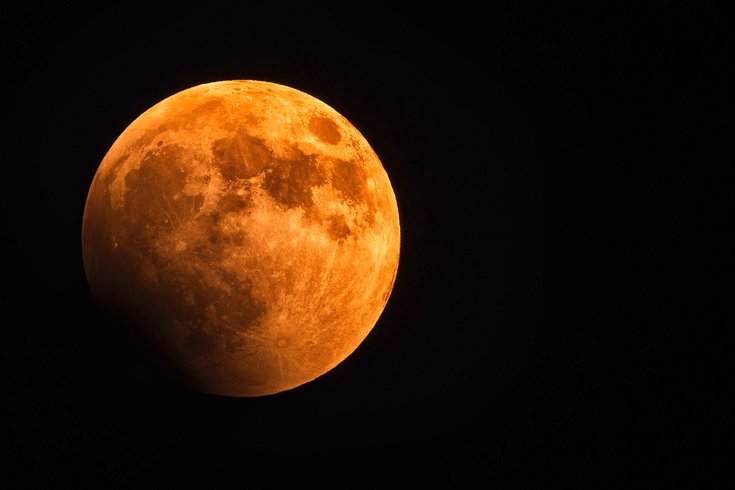 A Super Blood Wolf Moon will be viewable on the Western Hemisphere beginning Jan. 20, 2019.

A rare type of total lunar eclipse – eerily referred to as the Super Blood Wolf Moon – will take form in the sky on Sunday, Jan. 20, and be viewable in the Western Hemisphere for the first time in three years.

While this type of eclipse isn't necessarily uncommon, 2019's conditions for the celestial event spell out optimal viewing opportunities.

The Super Blood Wolf Moon will occur at a reasonable hour – not in the middle of the night, like some past special lunar eclipses – and the moon will be at its highest point among the zodiac formations, meaning there's no chance your view will be blocked by distant trees or mountains.

Beginning late on Jan. 20, a Super Moon, which describes a full moon that appears bigger because it is in it closest orbit to Earth, will align between the Earth and the sun, giving off a striking, orange-red glow as the Earth casts a shadow on the moon's surface.

The sight all begins 10:33 p.m., when a partial eclipse begins. The entire transformation will take about 3.5 hours. By 11:41 p.m., expect to see total coverage, which will last 62 minutes, according to National Geographic. The full eclipse will be visible in the Americas, Greenland, and Iceland, while those in western Europe and eastern Africa will be able to see just a partial eclipse.

This is the year's only total lunar eclipse, and another won't be viewable from the U.S. until 2021 – though that one may not also be in conjunction with a Super Moon, so keep your fingers crossed for a clear sky on Jan. 20 so that the rare eclipse can be seen this time around.

Unlike a solar eclipse, you don't need eye protection to view a lunar eclipse, which is good news for the president.

The Super Blood Wolf Moon designation comes, in part, from Native American tradition, as January's full moon was traditionally referred to as a Full Wolf Moon, referring to the howling of hungry wolves, according to the Old Farmer's Almanac.

The Almanac also points out that, as the eclipse begins at 10:33, you will be able to see the moon take unusual shapes different from those in the typical lunar cycle. Around 11:30 p.m., for example, the moon will be illuminated that red-orange "blood" color while a small dark spot persists.

Though the red-orange color is expected, there's a chance the total lunar eclipse won't emit a drastically vibrant hue at all. The color depends partially on what's going on down on Earth. Things like a recent volcano eruptions or other earthly atmospheric conditions can impact the color.

Though some theorize that the eclipse will cause a catastrophic environmental event – and evangelicals think it signals some kind of second-coming apocalypse – reputable sources explain there's no concrete logic to back up those claims. Check out more on that below.