The city ended its contract with the social services group in 2018, when it refused to comply with a non-discrimination requirement 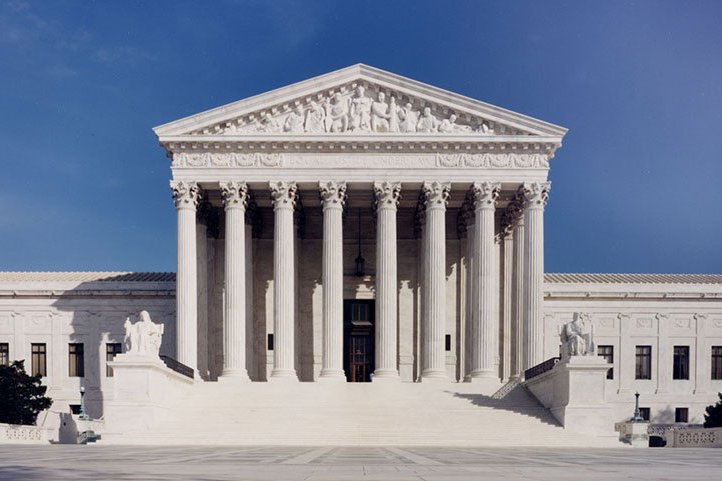 A unanimous decision from the U.S. Supreme Court rejected Philadelphia's move to stop working with Catholic Social Services, a contractor that provides foster care certification to potential foster parents. The religious agency had refused to certify same-sex couples despite a new non-discrimination requirement added to the city's contract in 2018.

The U.S. Supreme Court has unanimously ruled against the city of Philadelphia's decision to stop working with a Catholic social services group that had refused to certify same-sex couples as foster parents.

The unanimous decision could have national ramifications for religious groups seeking to use the free exercise clause of the First Amendment to protect organizational decisions that clash with policies against discrimination, particularly in government contracts.

The case stemmed from Philadelphia's decision in 2018 to stop referring foster cases to Catholic Social Services, a long-standing agency in the city that has provided a range of mission-based aid under the banner of the Archdiocese of Philadelphia.

Though CSS did not object to certifying gay or lesbian individuals as single foster parents, or to placing gay and lesbian children, the organization refused to certify same-sex married couples on grounds that doing so would be an endorsement of their relationships.

The city maintained a contractual relationship with CSS for more than 50 years, during which time no same-sex couple had ever sought certification from the Catholic organization. Typically, these couples would opt to be certified by another organization without a religious objection to their marital status.

In 2018, Philadelphia froze its foster referral relationship with CSS in response to scrutiny led by a Philadelphia Inquirer report and growing discomfort within the Department of Human Services, which had called on CSS to adapt to changing attitudes reflected by Pope Francis.

At the time of Philadelphia's policy change, Bethany Christian Services, another agency that contracts with the city for foster care services, agreed to change its policy and certify same-sex couples.

Objecting to the new requirement, CSS and three foster parents sued the city on grounds that the freeze violated the agency's First Amendment rights. The Support Center for Child Advocates and Philadelphia Family Pride also were named as defendants in the case.

Both the U.S. District Court and the Court of Appeals for the Third Circuit had previously sided with Philadelphia, noting that the foster certification process is facilitated through a government program, which would limit the claim of free exercise violation. The courts also had argued that the city's contractual terms and the possible inclusion of language banning same-sex discrimination were neutral to all contracting agencies and equally applied by the city in its capacity as a manager, without specifically targeting religious groups.

The Supreme Court's review of the case ultimately led to the opinion that the city's policy does violate the First Amendment rights of CSS.

"CSS seeks only an accommodation that will allow it to continue serving the children of Philadelphia in a manner consistent with its religious beliefs; it does not seek to impose those beliefs on anyone else," Chief Justice John Roberts wrote in the opinion of the Supreme Court. "The refusal of Philadelphia to contract with CSS for the provision of foster care services unless it agrees to certify same-sex couples as foster parents cannot survive strict scrutiny, and violates the First Amendment."

The decision comes as the Supreme Court increasingly has shifted to the right following the conservative appointments of former President Donald Trump. In this case, even the more moderate and liberal justices — Sonia Sotomayor, Elena Kagen and Stephen Breyer — joined Roberts in delivering the opinion of the Supreme Court. The case will now be sent back to the lower courts.

Philadelphia City Solicitor Diana Cortes called Thursday's decision "a difficult and disappointing setback for foster care youth and the foster parents who work so hard to support them."

Cortes added the city took solace in the fact that the Supreme Court did not "radically change existing Constitutional law" by applying a standard that would force court-ordered religious exemptions from civic obligations in every arena. But the decision will negatively impact the provision of foster care services in the city, she said.

"Allowing contractors and partners to set their own terms for how they provide public services will create a confusing patchwork in government programs and will weaken government non-discrimination guarantees," Cortes said. "In contrast, non-discrimination requirements like the one struck down by the Court today encourage a larger, more diverse pool of available foster parents. They also send an important message of inclusion and acceptance to the many LGBTQ youth in the city’s care."

"Homosexual people have the right to be in a family. They are children of God," Francis said in October. "You can’t kick someone out of a family, nor make their life miserable for this. What we have to have is a civil union law; that way they are legally covered."

Cortes said Thursday the city will not back down from providing LGBTQ families with equal care and services.

"The city will not waver from our commitment to ensuring equality for all Americans, including LGBTQ families. For the city, an important part of that work is ensuring that all foster care youth and families know that they are treated equally and accorded full dignity in and through the foster care system," Cortes said. "That work will not halt and has never been more important. The city will continue to protect and include all Philadelphians, including LGBTQ youth and families, while recognizing and respecting the Supreme Court’s ruling."