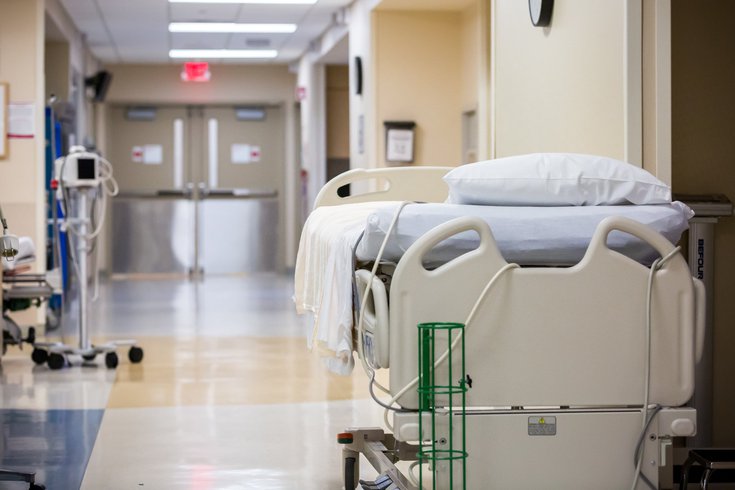 Black patients hospitalized with COVID-19 are more likely to die because they lack access to better-performing hospitals, a new Penn study finds.

Black patients have represented a disproportionally large percentage of COVID-19 deaths since the early days of the pandemic.

Many studies have investigated the reasons behind this racial disparity, but a new Penn Medicine study is the first to suggest the death rate among Black patients would be reduced if they had greater access to better-performing hospitals.

Researchers from the Perelman School of Medicine and OptumLabs, part of UnitedHealth Group, analyzed data from 44,217 patients on Medicare who were hospitalized with COVID-19 between Jan. 1 and Sept. 21, 2020. The data included patients admitted to 1,188 hospitals in 41 states and Washington.

"We found that it is not that hospitals are treating Black and white patients differently," Asch said in an interview with PhillyVoice. "It's that Black patients are going to poorer-performing hospitals."

In the published paper, researchers emphasized that "even if statistical adjustment for patient characteristics explains racial differences in outcome, it does not excuse them if those factors are disproportionately represented in Black populations as a result of racist forces."

The Penn researchers conducted simulations that found the COVID-19 death rate among Black patients would have dropped to 12.2% if they had been admitted to the same hospitals as white patients.

"People often assume that Black-white differences in mortality are due to higher rates of chronic health conditions among Black individuals," said Dr. Rachel Werner, executive director of Penn's Leonard Davis Institute of Health Economics. "But time and time again, research has shown that where Black patients get their care is much more important and that if you account for where people are hospitalized, differences in mortality vanish."

The lack of access to high-performing hospitals is rooted in a history of injustice, researchers said. Their findings highlight the longstanding effects of racial residential segregation in the United States.

Redlining, a type of lending discrimination in which banks denied loans to people of color, was practiced for decades. The discriminatory practice limited their ability to rent and own homes and become upwardly mobile.

The Fair Housing Act of 1968 made redlining illegal, but its effects can still be felt today, experts say. A recent study found that three of every four redlined neighborhoods still experience economic hardship, including a lack of access to social resources such as medical care.

Asch compared the funding disparities of hospitals to those seen in education. Wealthier communities tend to have both higher-performing schools and hospitals.

"At poor-performing hospitals, more patients are uninsured or on Medicare, so the hospitals have less money coming in and fewer resources available," Asch said. Policy changes are needed so hospitals are not so dependent on local resources to maintain their quality, he added.

"This suggests that hospitals were strained by the virus level in their surrounding community," Asch said. A person's ability to survive hospitalization depends in part on the disease burden in the community.