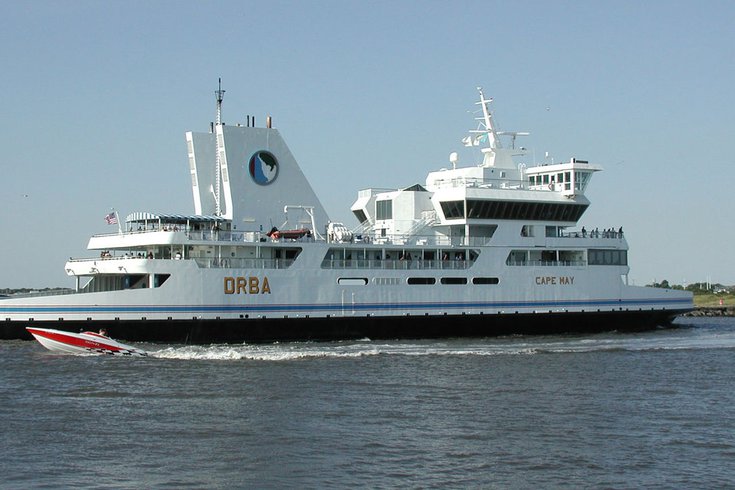 Pro surfer Rob Kelly shared a video this week of him surfing the wake created by a Cape May-Lews Ferry vessel. The image above is a file photo of the former MV Cape May as it pulled up to the dock of the Cape May, New Jersey, terminal on Aug. 8, 2002.

New Jersey doesn't always supply the biggest of waves if you're a surfer in search of a thrill and a challenge. Sometimes a little creativity is needed.

To make up for a quiet day at the shore last Friday, pro surfer Rob Kelly decided to take a shortboard out to Cape May. Instead of catching waves, he simply rode the wake of the Cape May-Lewes Ferry for a solid two minutes. The 17-mile ferry route connects North Cape May to Lewes, Delaware.

Kelly, an Ocean City native, posted a video of the ferry excursion this week. He's been a sponsored surfer since he was 15 and currently serves as a marketing manager for Billabong.

Kelly told NJ.com he and his friends have been drawn to the Cape May Canal to learn more about what makes a good "ferry wave." It's a variation of wakeboarding, which differs from ocean surfing and depends on the type of vessel creating the waves.

In the past, Kelly has touted the Jersey Shore's potential for huge waves, posting one video from Long Beach Island that was featured as a "Wave of the Day" a few years ago.

Kelly also once told SurfersView that he that he wouldn't trade surfing in New Jersey for anything else.

"It’s pretty much all that I know," Kelly said. "I grew up in PA and NJ, so the people and the atmosphere are so much different than California or Hawaii or anywhere. And yeah, the waves aren’t as good, but just everything appeals to me … And when it gets good, it can rival any other spot."